Exuberant female fans sometimes grab more attention than the game of cricket itself. 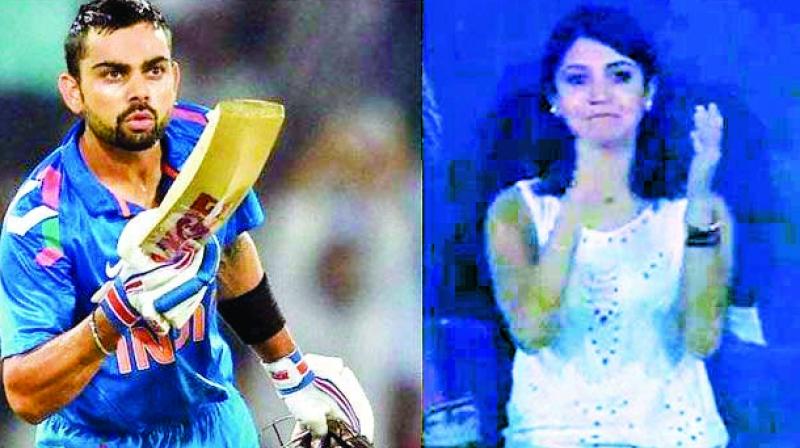 When Virat Kohli surpassed Vivian Richards’ record of the fastest 6,000 runs, he removed his helmet and gave a flying kiss to then girlfriend Anushka Sharma.

While it’s a well-known fact that cricket attracts the masses like no other sport, cricketers themselves seem to attract plenty of love and adulation, especially from  female fans.

Recently, when Twitter was abuzz with pictures of people posing in sari swag, someone posted a picture of a lady in a sari running on to the cricket field to kiss a cricketer, identified as Brijesh Patel from Karnataka.

Such moments of adulation and fandom are not unknown in the history of the game. As far back as 1960, cricketer Abbas Ali Baig became the first Indian cricketer to be kissed on the field. Recalling the same, Baig says, “The incident happened during our 3rd Test against Australia in 1960, when I was only 20. During a break in India’s second innings, when I was returning to the pavilion along with Ramnath Kenny, a young woman ran towards me and kissed me a number of times on my cheek. My parents had come to watch the match and I was embarrassed, thinking all the time what would they tell me after this.” 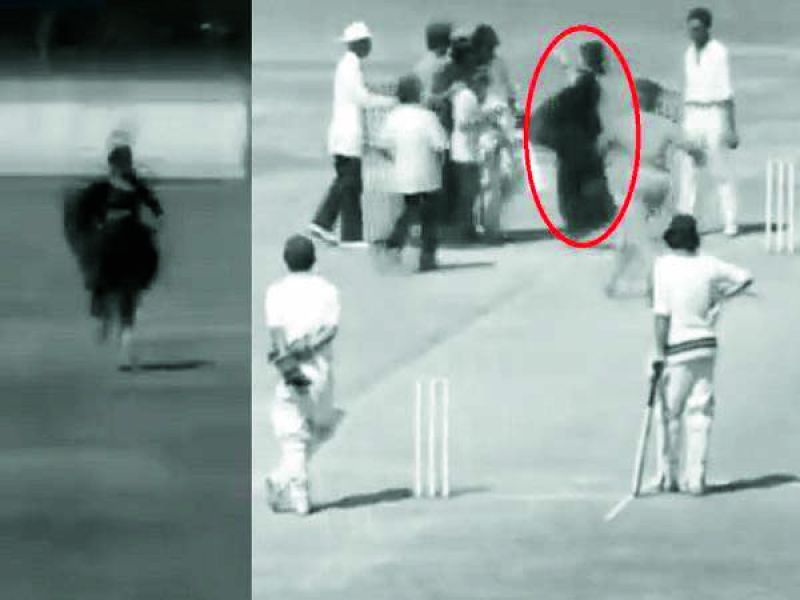 Brijesh Patel, the stylish cricketer from Karnataka, was kissed by a female fan who ran on to the field in a sari! Indradeep Khan tweeted the picture with a message: Sorry this #SareeTwitter cannot be beaten.

He adds, “I was shy and could not immediately fathom what was happening on the ground. Inside though, I was pleased. I was just a year old in Test cricket and had never imagined it would happen this way.”

Baig admits that it is “an incident that he will never ever forget”. The incident prompted Vijay Merchant, a commentator then, to say, “I wonder where all these enterprising young ladies were when I was scoring my hundreds and two hundreds!” 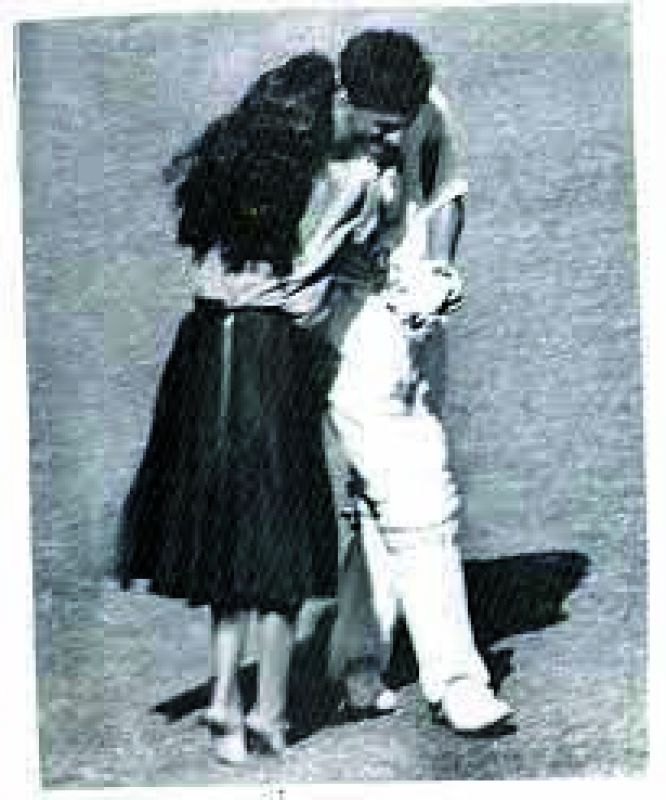 The photo of cricketer Abbas Ali Baig and the legendary 1960 kiss! This happened during the 3rd Test match between India and Austrailia.

Cricket matches have always been known for plenty of drama, both on and off the field. And sometimes, the off-field moments grab the headlines even more than the game itself!

Take the case of the Test match between India and Pakistan in Bengaluru in 2015. A female fan carried a placard with an ‘I love you’ message written for pacer Zaheer Khan, and the cameras had a field day, not only keeping their focus on the fan girl, but also on Zaheer, who was sitting in the dressing room with fellow teammates and good friend Yuvraj Singh.

At one point, she even blew a flying kiss to her crush. And to everyone’s surprise, Zaheer gave a flying kiss back to her, sending up resounding cheers throughout the stadium! 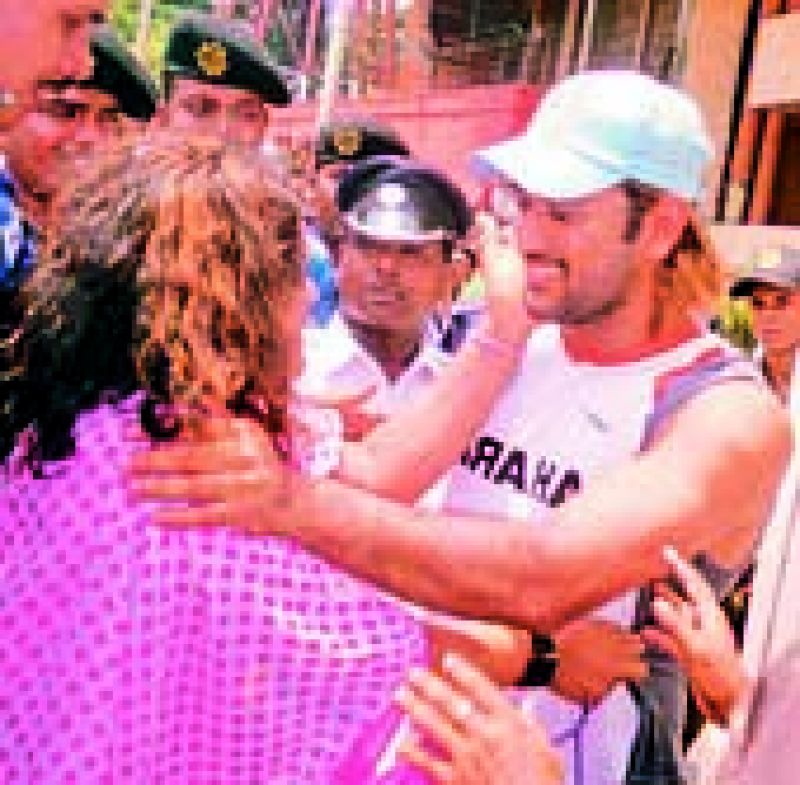 In 2011, Dhoni was given a hug by Shiuli Haseena Nasrin, who had been following the cricketer around for a few days in Kolkata. In fact, when Dhoni apparently realised that the girl was desperately trying to meet him, he got down from the team bus and asked the policemen to allow her to meet him.

Similarly, in 2014, when Kohli surpassed Vivian Richards’ record of the fastest 6,000 runs, the current Indian skipper removed his helmet and gave a flying kiss to then girlfriend Anushka Sharma, who was seated in the box. His own record apart, it was a landmark moment as it was the first occasion when Kohli made his love for her public.

Earlier this year, when India defeated Australia for the first time, Kohli took a victory walk along with wife Anushka Sharma, just like how India’s vice captain Rohit Sharma was allowed to lift the IPL trophy (Mumbai Indians) with his wife by his side in 2017.

These lovey-dovey moments apart, there are several other instances where cricketers were ‘showered’ with love by their female fans. In 2009, at a promotional event in Kolkata, 24-year-old Shabina Haque tried to kiss Irfan Pathan. Although he managed to dodge her kiss, the girl was “almost a winner”.

In 2011, Dhoni was given a hug by Shiuli Haseena Nasrin, who had been following the cricketer around for a few days in Kolkata. In fact, when Dhoni apparently realised that the girl was desperately trying to meet him, he got down from the team bus and asked the policemen to allow her to meet him.