Search on for lethal lefty

Bowling coach Bharath Arun wants to have all bases covered. 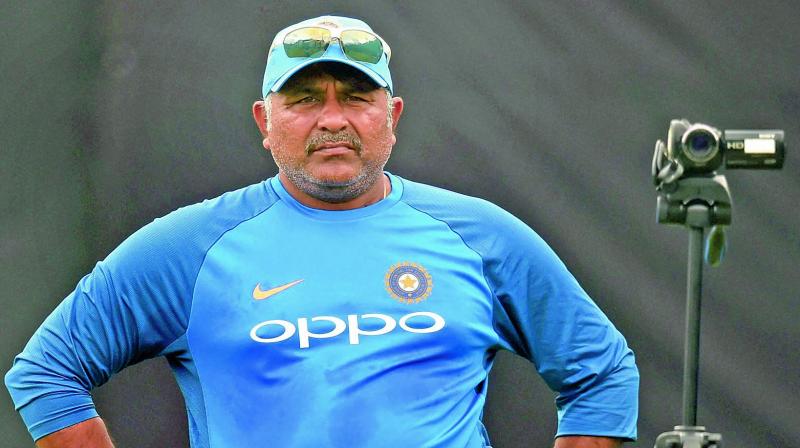 Pallekele:  Variety in any bowling attack makes it lethal and that’s precisely the reason why bowling coach Bharath Arun is in search of a potent left-arm speedster, who enables Indian team to have all bases covered.

Since Zaheer Khan’s departure, India have not found another capable left-arm pacer. The skillful Ashish Nehra despite his injuries have done commendably in shortest format for some time while Jaydev Unadkat lacked pace. Barinder Sran was a skiddy bowler, who faded away rather quickly and Aniket Chaudhary is still not a finished product.

“I have just come into this role so definitely we will be speaking to the coaches of the ‘A’ team and I guess there needs to be information that needs to be shared for us to make best use of bowlers coming in,” Arun told reporters on Tuesday.

Arun insisted that Ravichandran Ashwin despite playing only 15 ODI matches since the 2015 World Cup, is very much in the scheme of things.

Asked if he is in scheme of things for the 2019 World Cup, Arun said, “This question should be asked to the selectors but as bowling coach I think he is an extremely talented bowler. Even if you look at his last ODI which he played in the West Indies, he has got 3 for 28.”

“He (Ashwin) is very skilful. I don’t want to look at what has happened so far but he is definitely part of the ODI team. We would also like to give a lot of opportunities to other bowlers as well (hence the rotation), then we can have a long-term plan in place and then we will take a call accordingly,” said Arun.

He wasn’t around for a year but Arun believes that the bowling unit has improved tremendously in the last two years. “If you look at the bowling unit as a whole there has been tremendous improvement since the last couple of years. But looking ahead to the 2019 World Cup, we will need to have back up options for every bowler that we have. There are enough bowlers in our country to provide that bench strength,” he added.

Arun spoke effusively about Hardik Pandya. “If you look at Hardik, he works up very good speeds and bowls 135-plus consistently. He wants to bowl those full 10 overs. And he does understand that to bowl those 10 overs he needs to work harder,” Arun added.