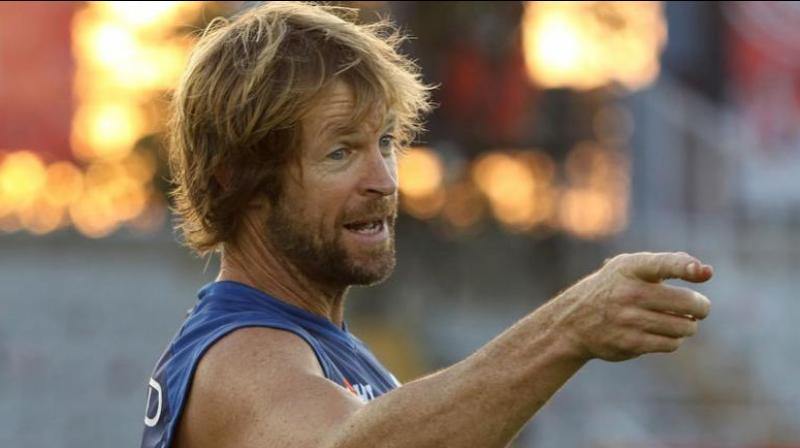 R Sridhar is set to retain his role as the fielding coach and Prasad said the selection committee did not have any second thoughts about reappointing him. (Photo: File)

Mumbai: The Board for Control of Cricket in India's (BCCI) Selection Committee on Thursday announced the shortlisted candidates for various coaching positions in team India after a 4-day long selection process.

However, selecton committee chairman MSK Prasad revealed after the selection process that Jonty Rhodes' name was not added to the final shortlist as the second and the third names on the list will be considered for India A level and National Cricket Academy support staff.

"R Sridhar is one of the best fielding coaches. Unfortunately in the World Cup, maybe he wouldn't have got... there were 2-3 wicketkeepers in the side, we all know that. Otherwise, he has transformed this into a wonderful fielding unit. There is no second thoughts about Sridhar," MSK Prasad said.

With regards to the 2nd and 3rd position, we don't see Jonty Rhodes fitting in there because those roles are more for India A levels and the NCA," he added.

R Sridhar is set to retain his role as the fielding coach and Prasad said the selection committee did not have any second thoughts about reappointing him. Sridhar, Abhay Sharma and T Dilip made the 3-man shortlist for the fielding coach role.