Sports   Cricket  23 Sep 2018  Afghans have been the most impressive team
Sports, Cricket

Afghans have been the most impressive team

He’s been around for a few years now, travelling the world, playing in T20 leagues. 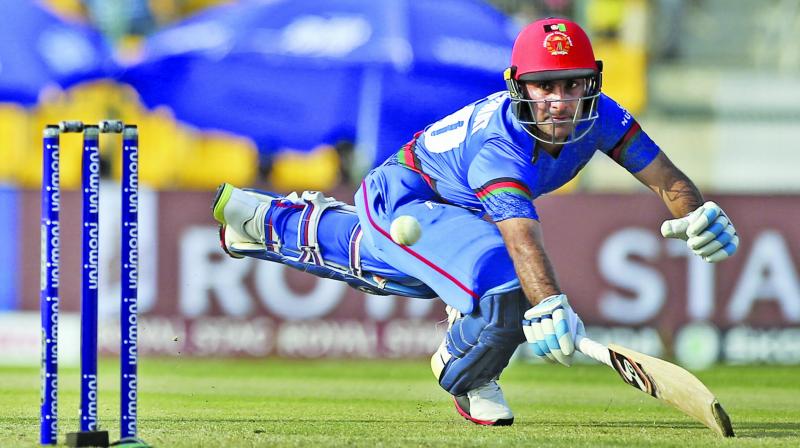 For all the skepticism about the quality of competition and complaints about venues, travel, weather etc, the ongoing Asia Cup has turned out to be an exciting tournament, with quite a few close matches and one major upset with Sri Lanka being knocked out in the first round itself.

While the focus was naturally on archrivals India and Pakistan playing each other after more than a year (as it happens, there could be three matches!), the most impressive and watchable team has been Afghanistan.

Odds would still favour an India Pakistan final. These are the two most experienced teams in the competition, higher ranked that all the others, and both enjoying massive crowd support which can make such a difference playing offshore. But there are hurdles along the way.

Bangladesh, who’ve lasped badly after a stirring opening match, can still make the cut if they win their remaining two. As indeed can Afghanistan. On current form, I’d venture the latter are the ‘dark horse’.

Defeat against Pakistan in Friday night’s humdinger only served to highlight the force Afghanistan have become in limited overs cricket. Before this match, they beat Sri Lanka and Bangladesh convincingly, so it wasn’t that the performance against Pakistan was a fluke.

But for squandering opportunities for scoring few runs late in the closing overs of their inning and some slipshod fielding when they had Pakistan on tenterhooks, Afghanistan could well have won.

But they are learning fast.  Batting, which was the weak link, has improved considerably, to support the testing bowling attack which hinges around two extremely talented leg spinners Rashid Khan and Mujeeb Rahman.

These two have the skill and temperament to harry and hassle even the most accomplished batsmen if they had an adequate total to defend. They bowl with superb control, are unafraid to be hit and constantly hunt down batsmen, as was witnessed against Pakistan.

Rashid, of course, has not only become the lynchpin of the bowling, but also the team’s pivotal and stellar player. Magnificent bowling apart, he is also an effective pinch-hitter with a great eye and sense of timing that abets clever improvisation and brilliant in the outfield.

He has a riveting presence in the field, for Rashid has flair and flamboyance to go with his talent. He is always in the thick of the action, but more importantly, he’s got a shrewd cricketing brain and reads match situations brilliantly, rare in one so young

He is obviously ambitious and a quick learner and I rate him as among the three most impactful young cricketers in the world today, along with Jasprit Bumrah and England’s Sam Curran, who play all three formats.

He’s been around for a few years now, travelling the world, playing in T20 leagues. A couple of seasons in the ultra-competitive environment of the IPL, rubbing shoulders with the best has helped accelerate Rashid’s growth as a cricketer, which he freely acknowledges.

The BCCI’s assistance to Afghanistan cricket must be acknowledged here. Apart from Rashid, Mujeeb and Mohamed Nabi too play in the IPL, and India has even hosted international matches for the country, including their first ever Test match earlier this year.

Such support is vital for promoting the sport, and BCCI, by virtue of being the biggest and richest board in the world, must necessarily be in the vanguard in this endeavor. The value of some things go beyond just filling coffers.

Afghanistan’s talent pool, by all reckoning, is still meagre, but if there are even a few more like Rashid and Mujib in the pipeline, the country could become a major force in international cricket. The sport needs more than just 4-5 major domo countries.

In the immediate future, of course, India need to keep Afghanistan at bay in the Asia Cup. The two teams meet on Tuesday. What the situation in the Round of 4 would then be is anybody’s guess, but the threat looms.

The best situation for India would be to beat Pakistan on Sunday with a hefty margin as in the first game, since net run rate could be a factor. But this is not an end in itself. Winning the title, whether by beating Pakistan or any other, should be the ambition, anything less is pyrrhic triumph.