The other two match-officials are Michael Gough and Joel Wilson will officiate for the first time as umpires in Pakistan. 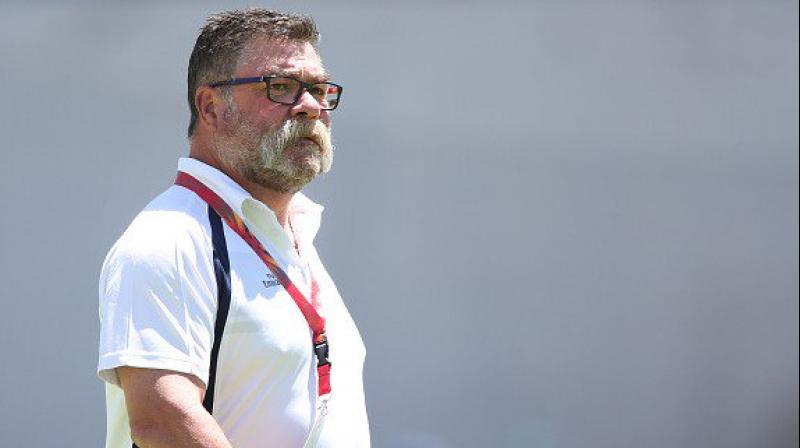 The visiting team will also have moral support from at least one or two Sri Lankan commentators. (Photo: Twitter)

As a top-order batsman, Australia's David Boon has visited Pakistan more than once but it will be his first visit to Pakistan as a match-referee when Sri Lankan takes on Pakistan over the next few days.

Incidentally, the other two match-officials Michael Gough (England) and Joel Wilson (West Indies) will officiate for the first time as umpires in Pakistan.in three ODIs.

Apparently, ICC, the highest governing body of cricket, has also reassessed the security arrangements in Pakistan and have appointed these foreign officials from three different countries for the matches.

Visiting team will also have moral support from at least one or two Sri Lankan commentators.

"The matches will have live telecasts on Sony Ten and yes, I will be going there as a TV commentator", Roshan Abeysinghe, speaking exclusively over telephone from Colombo, confirmed on Sunday morning.

"I am still finalising my travel plan", he added.

Russel Arnold, now in (Sydney) Australia didn't confirm but it's possible that the other TV commentator is from Sri Lanka.

Sri Lankan commentator/s will ease the player's task of expressing their views at the presentation.