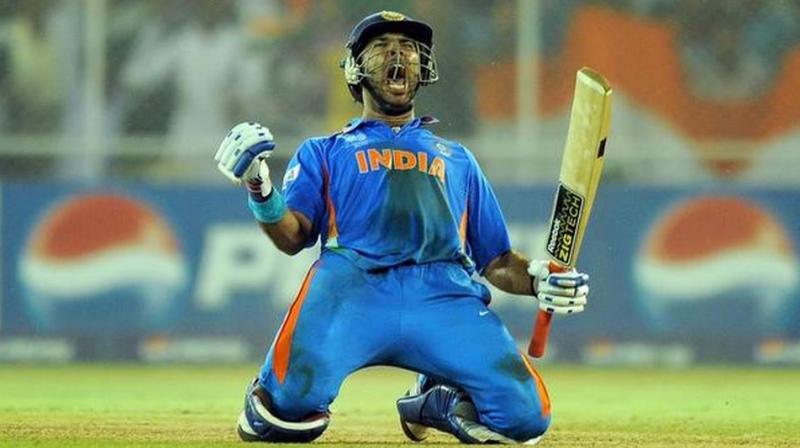 Gambhir also revealed that the team was only concerned about the present and the players were not bothered about how the rest of the tournament panned out. (Photo: AFP)

Mumbai: Former India opener Gautam Gambhir has heaped praises on Yuvraj Singh for his contribution the 2007 ICC T20 World Cup and 2011 ICC World Cup. Gambhir has also asked the BCCI to consider retiring jersey number 12 as a tribute to Yuvraj's heroics in both the tournaments.

“The month of September, meanwhile, has special emotions for me,” Gambhir wrote in TOI. “It was in this month in 2007 that we won the ICC T20 World Cup. The incredible Yuvraj Singh was in his elements. Just for the performance in that tournament and in the 2011 World Cup, I’d urge BCCI to retire the number 12 jersey that he wore. It will be a fitting tribute to a once-in-a-lifetime cricketer.”

Gambhir was also in sublime form in the 2007 ICC T20 World Cup as he scored 227 runs in the mega-event including three half-centuries, and finished as the second-highest run-getter.

Gambhir also revealed that the team was only concerned about the present and the players were not bothered about how the rest of the tournament panned out.

“We didn’t know what was coming. Hence, rather than worrying about the future we concentrated on the next delivery. I remember asking my dear friend Yuvraj the secret of hitting those six sixes against England. Prince – as I call him fondly – said, “Gauti yaar buss ho gaya (it just happened), I never planned. What Yuvraj is saying is he kept it simple. He batted with a clear mind,” he further wrote in his column.