Earlier, the 30-year-old received one demerit point each during the Pretoria Test against South Africa on January 15, 2018. 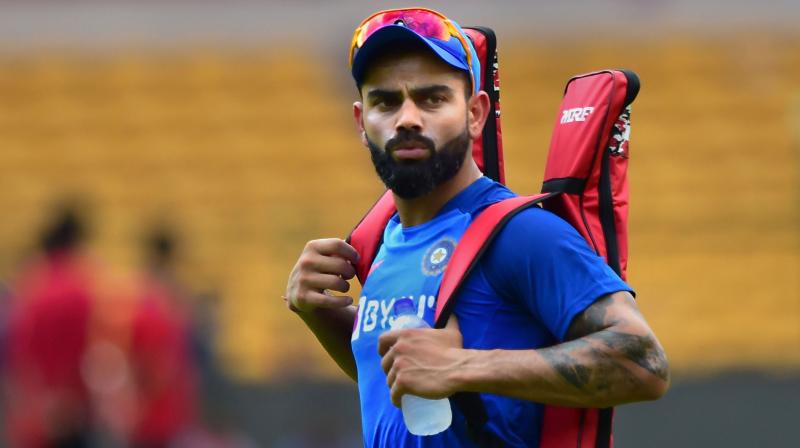 Kohli was found guilty of breaching Article 2.12 of the ICC Code of Conduct for Players and Player Support Personnel. (Photo: PTI)

Dubai: India skipper Virat Kohli on Monday received an official warning and one demerit point as he was found guilty of a Level 1 breach of the ICC Code of Conduct during the third T20I match against South Africa.

Kohli was found guilty of breaching Article 2.12 of the ICC Code of Conduct for Players and Player Support Personnel.

The incident took place on Sunday in the fifth over of India's innings when Kohli made contact with South African bowler Beuran Hendricks while taking a run.

It is Kohli's third offence since the introduction of the revised Code in September 2016. After this one demerit point was added to the disciplinary record, Kohli has now three demerit points.

Earlier, the 30-year-old received one demerit point each during the Pretoria Test against South Africa on January 15, 2018, and against Afghanistan in the ICC Men's Cricket World Cup 2019 on June 22.

"Kohli admitted the offence and accepted the sanction proposed by match referee Richie Richardson of the Emirates ICC Elite Panel of Match Referees, and as such, there was no need for a formal hearing," ICC said in a statement.