Rohit, who began with a six, displayed his languid grace and elegance as he took the Kolkata attack to the cleaners. 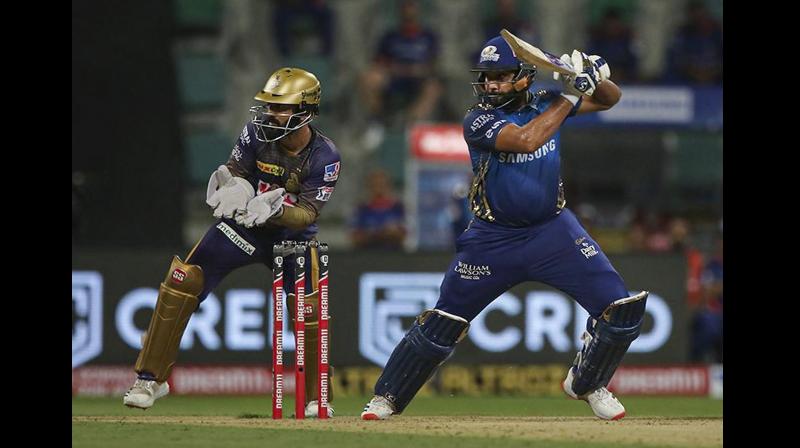 Rohit, who began with a six, displayed his languid grace and elegance as he took the Kolkata attack to the cleaners. Surya effortlessly smashed four boundaries off Sandeep Warrier (0/34), including a cover-drive and a flick, in the third over.

Rohit got going after smashing pacer Pat Cummins (0/49) for two maximums, both his trademark pull-shots. With the two looking good and hitting sixes and fours at will, Mumbai raced to 94/1 after 10 overs.

Kolkata, however, cut short Surya’s stay with a run out.

Kolkata tried to pull things back by removing Rohit and Hardik in quick succession even as Mumbai added 48 runs in the last five overs at the Sheikh Zayed Stadium.