Former India captain Sourav Ganguly was elected unanimously as the 39th President of BCCI in the Annual General Meeting (AGM). 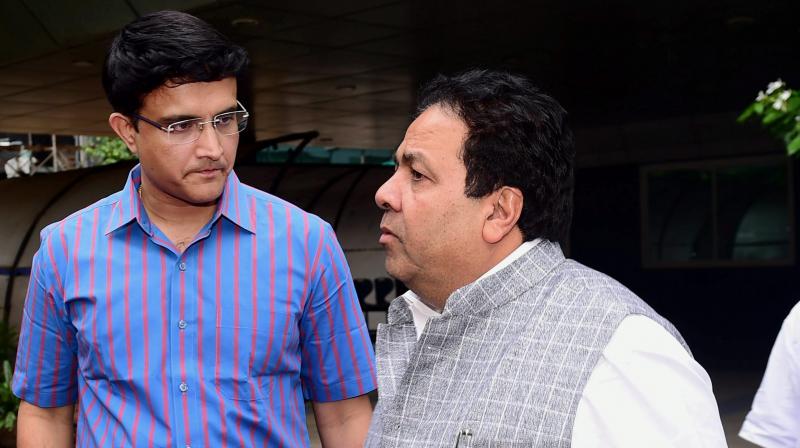 Mumbai: Former Indian Premier League (IPL) chairman Rajeev Shukla said that the newly elected body of the Board of Control for Cricket in India (BCCI) is a good combination that will help in the expansion of country's cricket.

"It is a good combination in the BCCI's governing body and will definitely help Indian cricket to expand. Sourav Ganguly will lead the body who was the most successful Indian captain, of his time," Shukla told reporters here.

Former India captain Sourav Ganguly was elected unanimously as the 39th President of BCCI in the Annual General Meeting (AGM) as he was the only candidate contesting for the post.

"This is a new era in the BCCI as the representatives of state associations are back and is a positive sign for the Indian cricket. From the last couple of years, cricketers who worked hard for the game will be in who were excluded before," Shukla said.

"Jay Shah-- who has done good work in Gujarat and is a member of BCCI for nine years will surely benefit the BCCI. There are also new members in the body," Shulka said.

"Our priorities will be the development of the junior cricket, problems in the Indian cricket, and also the international cricket issues as well," Shukla said.