The Pakistan Cricket Board (PCB) had sacked Sarfaraz as the skipper of Pakistan Test and T20I side last week. 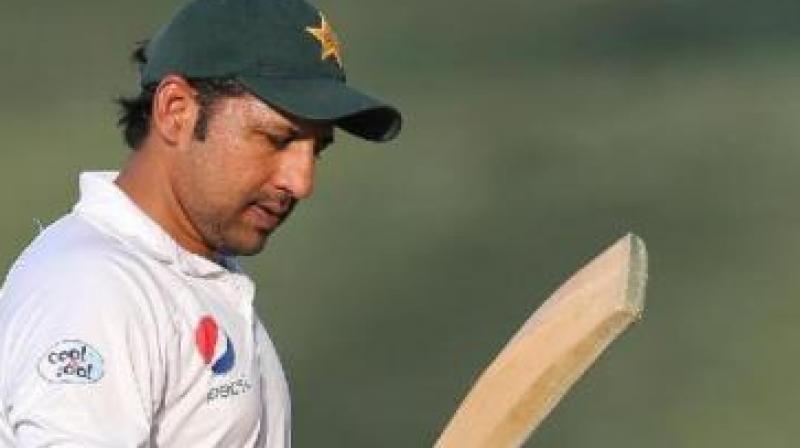 Former Pakistan bowler Shoaib Akhtar on Tuesday expressed his disappointment over Sarfaraz Ahmed's exclusion from the side's squad for the upcoming T20I and Test series against Australia. (Photo:AFP)

New Delhi: Former Pakistan bowler Shoaib Akhtar on Tuesday expressed his disappointment over Sarfaraz Ahmed's exclusion from the side's squad for the upcoming T20I and Test series against Australia.

The Pakistan Cricket Board (PCB) had sacked Sarfaraz as the skipper of Pakistan Test and T20I side last week and on Monday, the team's management decided to drop the former skipper for the upcoming series.

"Sarfaraz has been dropped. In my opinion, PCB is not right in dropping the former skipper as he has a good record in the T20 format. I would suggest Sarfaraz to make a strong come back and make a statement. As a captain, he was not daring enough. I hope he changes his attitude to make a comeback," Akhtar said on his YouTube channel.

"Shoaib Malik and Mohammad Hafeez should also have been selected for the shortest format of the series. But, perhaps, the PCB has decided to not play them," he added.

Akhtar, however, hailed the squad for the series as 'right' and said that the PCB has done progressive thinking in choosing a perfect blend of experience and youth in the team.

He also said that Kamran Akmal should have been called back into the T20I squad looking at his performance in the domestic circuit.

"It's a difficult and tough tour. We have always failed to win a series in Australia. PCB has done progressive thinking and they have selected the right squad for the series. I am not talking about the batting, I am not fully satisfied when it comes to batting as in my opinion Kamran Akmal should have been selected for the T20 format," said Akhtar.

Akhtar also hailed the inclusion of the 16-year-old pace bowler Naseem Shah in the Test squad and the Rawalpindi Express hoped that the newbie would be given freedom to bowl at express pace against Australia.

"Naseem Shah is the pick of the Test squad. PCB has done progressive thinking. I would just advise the board not to overtrain Shah. I just hope he is given the freedom to bowl at the quickest pace possible," Akhtar said.

"Australians have never played him before. So he can use it to his advantage. Pakistan has the right ammunition to upset Australia. I just wish Pakistan does not go for the defensive mindset," he added.