Delhi has produced many cricketers, who grew up practicing at Kotla and later registered their names in history books. 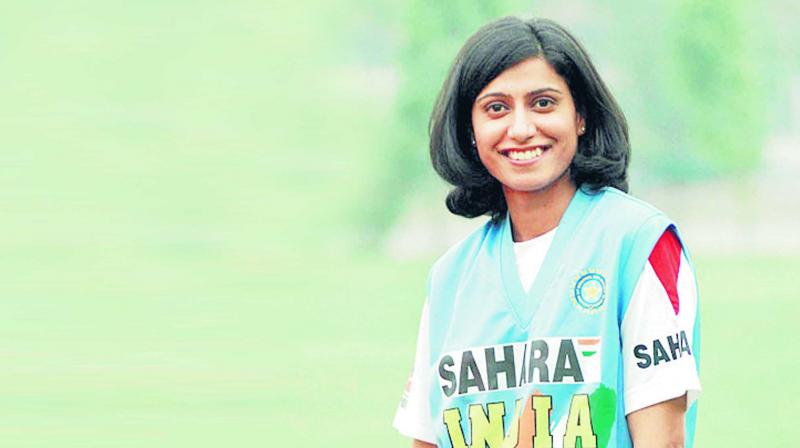 Anjum Chopra in her playing days

Anjum Chopra seems to have a knack for scoring firsts, be it on the cricket field or outside it. The player, who created many records in her time, is on a spree of achievements even now. If last year saw her become an honorary life member of the Marylebone Cricket Club (MCC), Lord’s cricket ground, this year she is all smiles about two gates of Ferozshah Kotla stadium being named after her by Delhi and District Cricket Association (DDCA). Reacting on the development, the former India women’s team skipper, says, “It’s a humbling honour. For any woman sportsperson, it is very encouraging. I hope many more women will be presented similar honours in future,” and adds, “I am sure it will inspire many budding female players to go the extra mile.”

Delhi has produced many cricketers, who grew up practicing at Kotla and later registered their names in history books. DDCA recently honoured Virender Sehwag and will be naming stands after Bishan Singh Bedi and Mohinder Amarnath soon. To be part of this list of Delhi cricketers makes it even more special for Anjum. “It is right to point out that Delhi has not only produced cricketers who have played at the highest level but have been genuine match winners with one of them leading the team currently, but I have always valued cricketers as players and not on the basis of their gender. To reiterate, it’s overwhelming.”

She says that when she got the news her entire 17-year career flashed through her mind. But interestingly, it was not as a cricketer that she first stepped in Kotla. She reminisces, “I must have been seven or eight years old when I had gone with my family to have dinner there. In those days, you could dine at Kotla. So, I walked down the steps to the ground and was mesmerised by its grandness and grandeur. I hoped that I could play for India at a stadium where India had won many historic matches.”

When one calls her the only recognisable figure in women’s cricket of her time, she highlights the achievements of her peers. “Many of them took  up coaching jobs and that’s a glamorous job in itself these days. Hemlata Kala, who used to play with me, is the chairman of the selection committee for Indian team. I had consciously decided that apart from the corporate job I do, I would continue to be involved with the game. It’s hard to say why we don’t hear much about my ex teammates,” says the 40-year-old.

Many would agree that things for women’s cricket have changed for the better in the last few months, especially after India’s performance in the World Cup. While Anjum credits the players, she thanks International Cricket Council (ICC) as well for bringing that change. “When India started winning, we all got really interested, but before that the way ICC backed the event was commendable.” In 2005, when India lost in the WC finals, Anjum was part of the team. However, the fanfare this time when the India team ended up runners-up was much more with every player being felicitated. Would she have enjoyed more popularity if she were playing in this decade and not the earlier one? “If I could play for India forever, I would do that, no matter which era. If I could play today for India, I would. There cannot be any bigger honour than wearing Indian colours and walking to the ground. The joy of playing for India can’t be substituted by anything. It is supreme,” the Arjuna award winner and Padma Shri awardee says.

The official naming ceremony will take place on November 29.