Could have won both ODI, T20I series: Nicholas Pooran

The 24-year-old batsman said that there are better things for the team in the near future. 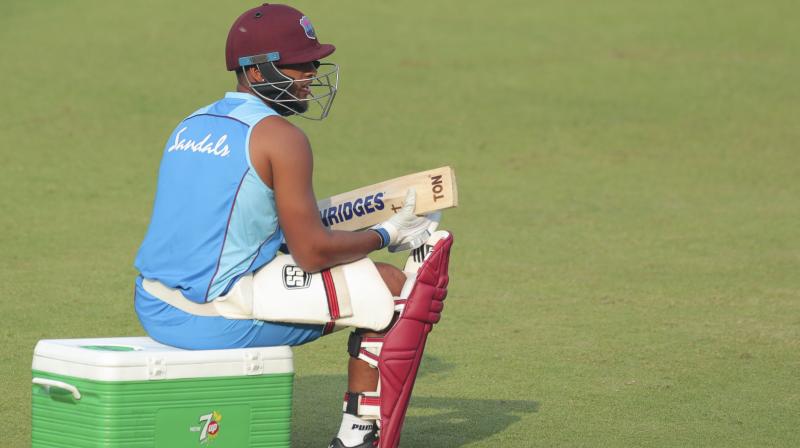 After West Indies lost the series decider against India, Nicholas Pooran said that West Indies could have won the ODIs as well as T20I series. (Photo:AP)

Cuttack: After West Indies lost the series decider against India, Nicholas Pooran said that West Indies could have won the ODIs as well as T20I series.

"We could have won both ODI and T20I series," Pooran said at the post-match conference.

The 24-year-old batsman said that there are better things for the team in the near future.

"There are better things to come and we will get where we want to get," he said.

The left-handed batsman said that "India is a very tough team to beat but we put up a tough fight against them."

"We definitely are building. India is one of the strongest teams in the world and they proved it yet again today. We came here, we showed fight," he added.

India registered a four wickets victory over the Caribbean team, with this win the hosts took the series 2-1.

This is Men in Blue's tenth consecutive series win over the Windies.

After being asked to bat first, West Indies posted a score of 315/5 in the allotted fifty overs.

Pooran was dismissed for 89 while Pollard remained unbeaten on 74.

Rohit was sent back to the pavilion at 63 while Rahul got out at 77.

Shreyas Iyer and Rishabh Pant went cheaply in the middle order. Both Iyer and Pant made seven runs each before getting dismissed.

Virat Kohli anchored the innings and scored a crucial knock of 85 runs.

Jadeja and Thakur remained unbeaten on 39 and 17 respectively.