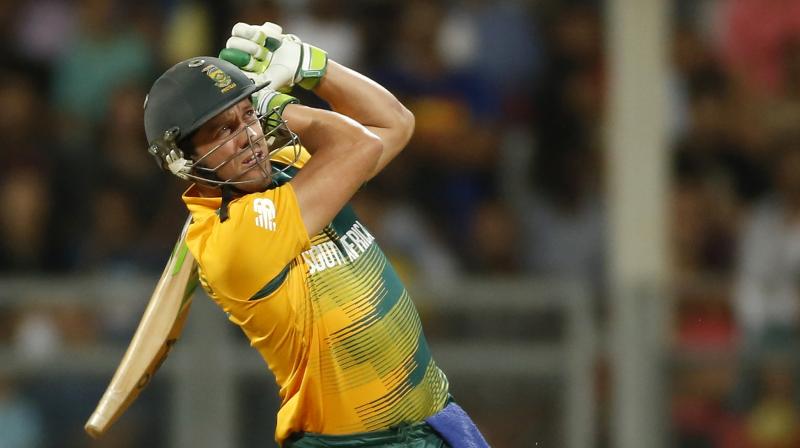 AB de Villiers has not played international cricket since June last year after an elbow injury.

The selectors also handed a first call-up in this format to 20-year-old fast bowler Lungi Ngidi and all-rounder Chris Morris returns after an injury layoff for the series starting in Port Elizabeth on Saturday.

De Villiers has not played international cricket since June last year after an elbow injury, but is in line to return for the final match of the Twenty20 series against the Sri Lankans in Cape Town on Wednesday.

He will then skipper the one-day side having admitted last week that his top priority at this stage of his career was to lead the team at the 2019 World Cup. A more immediate aim, however, is this year's Champions Trophy in England.

“It is wonderful to have AB back available both as player and leader,” Cricket South Africa selection convener Linda Zondi said in a statement on Monday. “We are entering a very important phase of our preparation for the Champions Trophy in England as we only have 10 games left – the five here against Sri Lanka and another five in New Zealand – before we head for another major ICC event.”

Ngidi took six wickets in as many overs in the first two matches of the Twenty20 series against Sri Lanka. “He has not only impressed with the wickets he has taken and the skills he has displayed, but with the energy and intensity he has brought to his game as well,” Zondi said.

South Africa are in action in the 50-over format for the first time since they whitewashed Australia 5-0 on home soil last October.