India all-rounder Hardik Pandya has acknowledged the role 'A' team coach Rahul Dravid has played in his transformation. 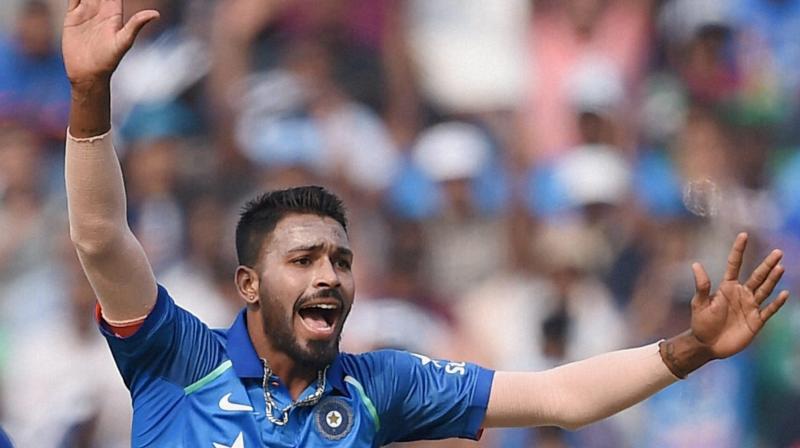 Kanpur: Team India star Hardik Pandya has come a long way since his disappointing performances in the ICC World T20, last year, and has credited legendary player Rahul Dravid for the turnaround in his career.

Pandya was heavily criticised for his performance during the T20 World Cup in 2016, where he only managed to pick up five wickets from as many games.

However, Pandya turned his career around within the space of a few months with his good performances for India A in a tour Down Under, going on to be a regular in the senior national team squad.

The 23-year-old credits India’s legendary batsman and current India A and India u-19 coach Rahul Dravid for this momentous turnaround in his career.

“After the (T20) World Cup, I had a slight reality check, on how I can improve my game,” said Pandya in Kanpur, ahead of India’s first of three T20Is against England.

“The Australia tour was pretty important for me, where I learnt lots of things about my game,” said Pandya. “Rahul Dravid helped me a lot, talking to me about my game, and the mental things, where I have to always be there in the game.”

Pandya also went on to praise India A assistant coach Paras Mhambrey for his development as one of the premier medium-pacers in the country. The 23-year-old believes that Mhambrey helped him improve both the technical and the mental aspects of his game.

“Paras sir helped me with my bowling as well. So it was an all-round package of fitness, going through my mental thing and my fitness as well,” he said.

Not only has Pandya progressed as a bowler, but he has also gone on to improve his batting, giving the Indian lineup a lot of depth. He proved his skills with the bat during the third and final ODI between India and England at the Eden Gardens in Kolkata, where he went on to put up a 104-run partnership with Kedar Jadhav, to help take India tantalisingly close to the target of 322 set by England.

However, Pandya accepts that a slight mistake resulted in India losing momentum, and by extension, the match.

“As an individual I feel that we should all accept our own mistakes and learn from them. I don’t think if I accept my mistake I will improve in the next game,” said Pandya.