High praise for Kohli from Wasim, Saqlain and Shoaib

Pakistan bowling greats Wasim Akram, Saqlain Mushtaq and Shoaib Akhtar have come out in praise of Virat Kohli after his recent performances. 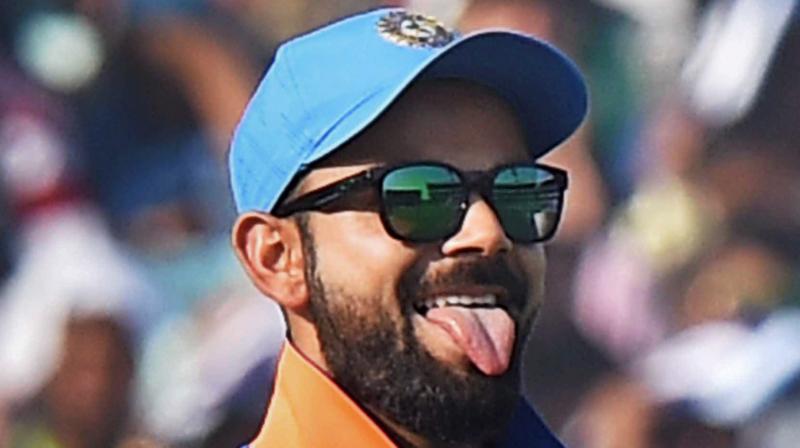 Virat Kohli has taken it up a notch after his appointment as ODI skipper. (Photo: PTI)

Mumbai: Virat Kohli has been the talk of the town for a while now and it seems outside it as well after the Indian captain was the focus of a discussion between three Pakistani greats during a television programme there.

The trio of Wasim Akram, Saqlain Mushtaq and Shoaib Akhtar wasted no time in praising Kohli, while bemoaning the shortcomings of Pakistani youngsters.

They admired the way Kohli came to India's rescue during the first ODI against England when he turned the match on its head from a near impossible situation look, chasing down 350 runs.

They were also in awe of the 17 centuries the Indian captain has scored while chasing big totals.

Saqlain was a part of the English contingent as a spin bowling advisor and he was particularly impressed by Kohli's fitness regime and his diet. The former Pakistan spinner called him the "most energetic person" in the gym or outside, and was extremely disciplined about sleeping, eating.

Akram also admired how Kohli and other young Indian players did not have problems about approaching their seniors for tips. He said that Sunil Gavaskar was approached regularly by young players for advice on batting.