Smith feels Kohli needs a person around him who can challenge his decisions in a constructive way. 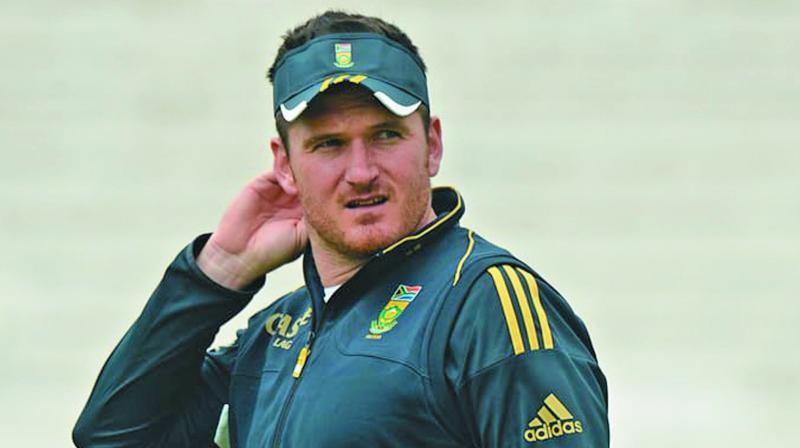 Johannesburg:  South Africa’s most successful Test captain Graeme Smith is not sure if Virat Kohli can be a long-term leader for India and feels the star batsman’s leadership skills are not challenged enough by the team management.

“I don’t know, when I look at him, if he is a long-term captaincy option for India,” Smith said.

“At the end of this year, he’d have been away from home for a while, the pressure he’ll face, the scrutiny from the press — I know he only gets that in India — but if you’re away from home and you’re struggling for form as a team, I don’t know if I’d want to burden Virat Kohli with that... Or if India have a better leader in that environment,” said the former opening batsman.

Kohli has been in the line of fire for India’s selection choices in the first two Tests in South Africa that the team lost to lose the series.

Smith feels Kohli needs a person around him who can challenge his decisions in a constructive way.

“When I look at Virat, I think he needs someone in the support staff who can constructively challenge him and help him grow,” said Smith.

“He has all the capabilities tactically, he knows his own game, he sets the standard in the field for everyone else. “I think if he had a really constructive person in his environment, who could talk to him, make him think, maybe even challenge him with some different ideas, in a constructive way, not an angry or aggressive way, but make him think, open his eyes to other possibilities, that would make him a really good leader.”

Kohli is aggressive and expressive on the field and that can affect his team mates either way, feels Smith.

“We all know he’s an outstanding player, his intensity really benefits his own personal game, he loves that confrontation, that intensity brings the best out of him,” Smith said.