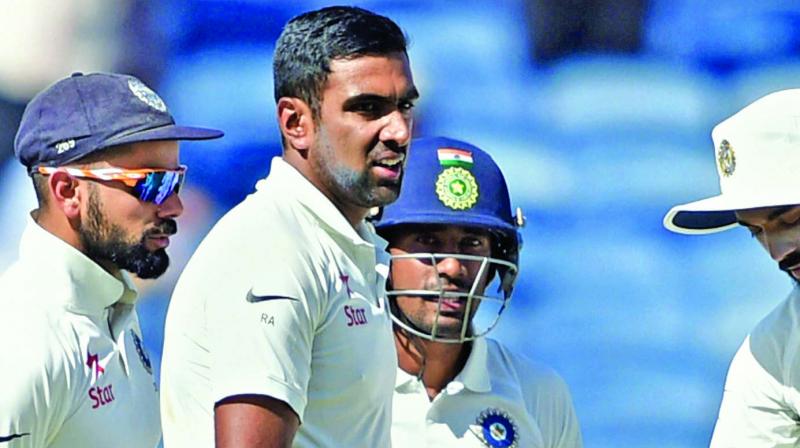 Pune: Former Australia captain Allan Border was amused when left-handed opening batsman Matt Renshaw enjoyed a “comfort break” as he left the ground midway with an upset stomach. “I hope he’s lying on the table in there half dead,” Border said on Fox Sports. “Otherwise, as captain, I would not be happy.

“I don’t think I’ve ever seen that before. He’s obviously just got an upset stomach to some degree. What happened in the ensuring time there, I can’t ever think of a situation like that has happened before where someone’s gone off because they’re a bit ill,” Border said. Interestingly, the bowler, if he leaves the field, cannot enjoy a similar comfort.

“The situation is different for members of the fielding side, who are allowed off the field for 15 minutes (under the Laws) without penalty — eight minutes under ICC’s playing conditions — meaning they can come back on and bowl immediately if they are off the field for less than these times. If they are off for longer, then penalty time starts to accrue,” Fraser Stewart, the Cricket Academy Manager at the Marylebone Cricket Club said. “It is far more rare for batsmen to leave the field, compared to fielders, which is one of the reasons why the two situations are treated differently”, he added. .

Law 2.9 (batsman retiring) states:
A batsman may retire at any time during his innings when the ball is dead. The umpires, before allowing play to proceed shall be informed of the reason for a batsman retiring.
(a) If a batsman retires because of illness, injury or any other unavoidable cause, he is entitled to resume his innings subject to (c) below. If for any reason he does not do so, his innings is to be recorded as ‘Retired – not out’.
(c) If, after retiring, a batsman resumes his innings, it shall be only at the fall of a wicket or the retirement of another batsman.