Will play Dharamsala Test only if I am 100 per cent fit, says Kohli 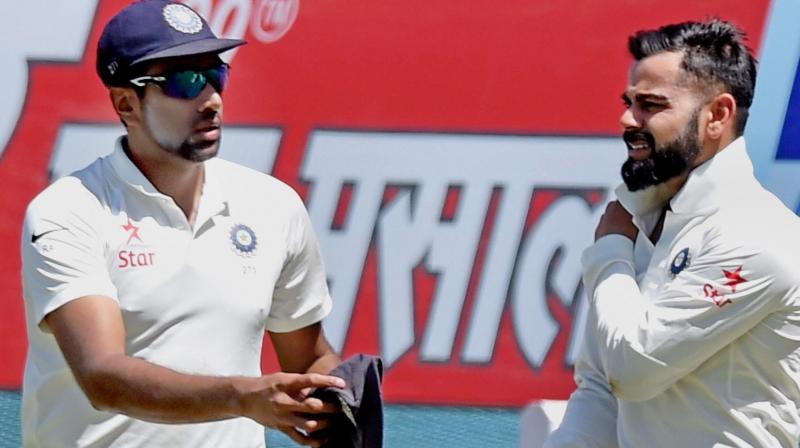 Virat Kohli sustained the right shoulder injury while putting in a dive on the first day of the drawn third Test in Ranchi. (Photo: PTI)

Dharamsala: While the uncertainty surrounding Virat Kohli's availability for the series-deciding Test against Australia continued, the skipper on Friday made it clear that he would play the match in Dharamsala only if he is 100 per cent fit.

"I am no different from anyone. Same process applies for me as it does for other members in the team. There is no special treatment for anyone and the same rule applies for anyone. I am 100 percent fit for the game is the only condition that I will take the field tomorrow. Risks, yeah, the physio (Australia's Patrick Farhart) can explain that better. I don't know the magnitude of the risk. All I know is that if I get through the fitness test, then I'll take the field," Kohli told the media on the eve of the final Test in Dharamsala.

The 28-year-old sustained the right shoulder injury while putting in a dive on the first day of the drawn third Test in Ranchi. Although he did take part in that game later, he is yet to fully recover from the injury.

Emphasizing that there would be no special treatment for him as far as injury-management is concerned, the Indian batting mainstay informed that he would undergo another fitness test and take the final call on his availability later today.

"It's (batting in nets) very different from competition. That's one thing. That is something I experienced in Ranchi. When you have reactive movements is when the main magnitude of your injury comes out. Those are the things that we have to look at. The physio wants to take a little more time before I can test myself. Probably will take a call later tonight or tomorrow morning. We have to give that much time more before we take a final call," Kohli said.

On Friday, Kohli did come for the practice session, but skipped batting in the nets at the HPCA stadium, which will make its debut as a Test venue.

Iyer has enjoyed an impressive run of form in domestic cricket in the last couple of years. He was the leading run-getter in the 2014-15 season of the Ranji Trophy besides also topping the aggregate last season for Mumbai when they finished as runners-up to Gujarat.