IPL 2019: 'They won't buy me at auctions if I reveal CSK's success mantra,' says Dhoni 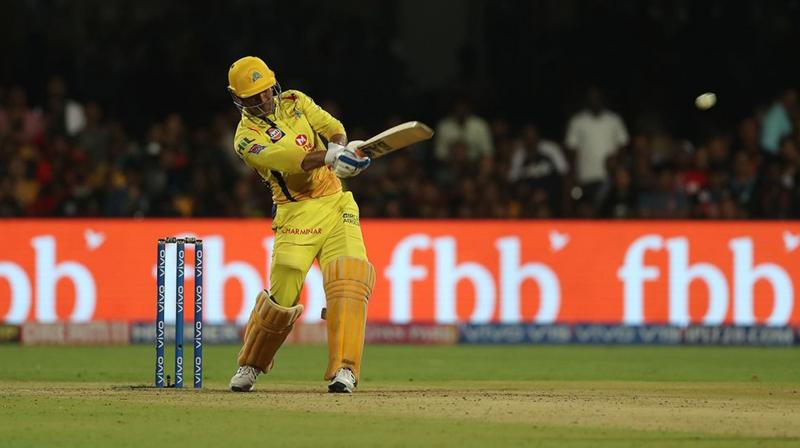 CSK, sitting pretty at the top with 16 points from 11 games, will next lock horns with Mumbai Indians on Friday. (Photo: BCCI)

"(On CSK's mantra of success) If I tell everyone what it is, then they won't buy me at the auctions. It's a trade secret," Dhoni said cheekily after CSK's six-wicket win over Sunrisers Hyderabad and their 97th overall.

Dhoni has led his team to glory three times in the Indian Premier League (2018, 2011 and 2010) and under him Chennai Super Kings have qualified to the playoff in every season of the league, barring in 2016 and 2017, when they were not part of the IPL.

"The crowd support and franchise's support are key of course. Huge credit has to also go to the support staff who play a huge role in keeping the team atmosphere good for the team and other individuals.

"Other than this, I can't reveal anything till I retire. It's alright, not showing signs of getting worse. With the World Cup coming, I need to be careful as that comes first," the 37-year-old said.

CSK, sitting pretty at the top with 16 points from 11 games, will next lock horns with Mumbai Indians on Friday.

Chennai Super Kings have lost only three off their 11 matches in the 2019 IPL.

Battling a sensitive back for a long time, Dhoni wants to be careful with it as the ICC World Cup is round the corner.

The CSK skipper said that there has been some stiffness but it is holding up as of now.

"The back is holding up, it's not getting worse, with the World Cup coming up, can't afford that, because that's too important," Dhoni said at the post-match presentation ceremony after CSK beat Sunrisers by six wickets.

Dhoni said that at the highest level, there aren't any players who are not playing with a niggle or two.

"If it becomes worse, I certainly take some time off but at this level, you play with some niggle or the other. Because if you wait to get fully fit, then there will be a gap of five years between two matches," the skipper said.