Sports   Cricket  24 Jun 2017  From village pariah to ‘lord’: How Zaman turned it around
Sports, Cricket

From village pariah to ‘lord’: How Zaman turned it around

Bottom-ranked Pakistan produced a breathtaking display in the climax of a tournament featuring the world’s top eight one-day international nations. 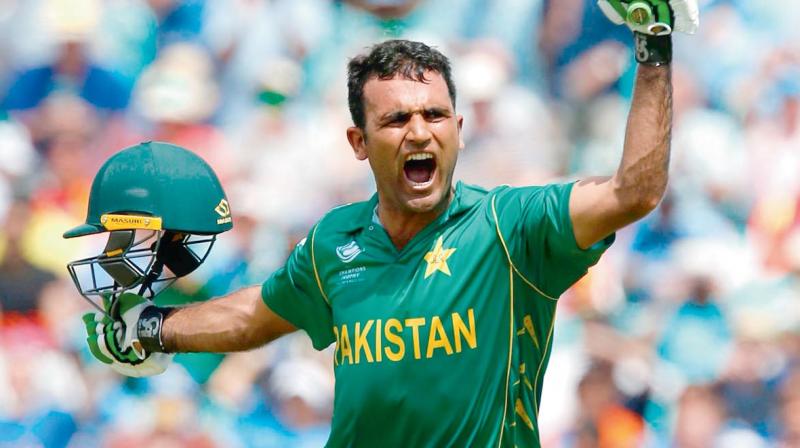 Fakhar Zaman’s match-winning century for Pakistan in the Champions Trophy final against India has turned him into an overnight star. (Photo: AFP)

Mardan, Pakistan:  Fakhar Zaman was once banned from playing cricket in his village and beaten by his brothers because he was simply too good — but he has returned a hero after his starring role in Pakistan’s Champions Trophy win.

His eyes bright, the tall 27-year-old posed for selfies and was garlanded with flowers as he was welcomed back to his home in Katlang in northwestern Pakistan.

Fakhar said he was still taking it all in after he top-scored with 106 off 114 balls to lead Pakistan to a shock victory over archrivals India in the final, after making his ODI debut earlier in the tournament.

“I did not feel much at that time,” Fakhar said, referring to Sunday’s final in London. Then I came here, and people started coming here... They all are giving me love, so now I feel that I have done some great heroics.”

Bottom-ranked Pakistan produced a breathtaking display in the climax of a tournament featuring the world’s top eight one-day international nations.

They piled up 338 for four, bolstered by left-handed opener Fakhar’s maiden hundred, in what was just his fourth one-day international.

But, Fakhar said, it was not always so: in fact his village once refused to allow him to take part in local cricket games.

“I played one or two hard-ball matches in school and scored some runs. I then became popular in the whole region and people used to say wherever I went that, ‘He is a hard-ball player, don’t play with him,’” he said.

His brothers even used to beat him up to stop him from playing, elder sibling Asif said, sheepishly.

Fakhar said he had devoted most of his time to cricket as a child, but had never dreamt of playing beyond club level.

Instead, he wanted to be a navy commando. “Joining the Navy was the biggest turning point in my career,” he said.

Recruited as a sailor, he appeared in a forces tournament where navy coach Nazim Khan spotted his talent immediately — and encouraged him to quit the armed forces to focus on cricket.

“(He) said, ‘You can play cricket at a high level,’” Fakhar recalled. For five years he played in domestic tournaments, but it was his performance with the Lahore Qalandars in the popular Pakistan Super League T20 tournament that prompted national selectors to take notice. Fakhar got his first cap when he was included in the national T20 side for Pakistan’s West Indies tour in March this year.

It was a slow start — only 26 runs in two innings — but it was enough to earn a place in the Champions Trophy squad. When regular opener Ahmed Shahzad failed to deliver in Pakistan’s opening game, a one-sided defeat to India, Fakhar had his chance.

He grabbed it with both hands, scoring 31 in his debut game, two half-centuries in the following two matches and a century in the final to guide Pakistan to their historic victory.

Now Pakistan’s newest star has no intention of resting on his laurels and, he said proudly, plans to play for his country “for a long time”.