West Indies sit at the eighth position in the World Cup standings with three points from six matches. 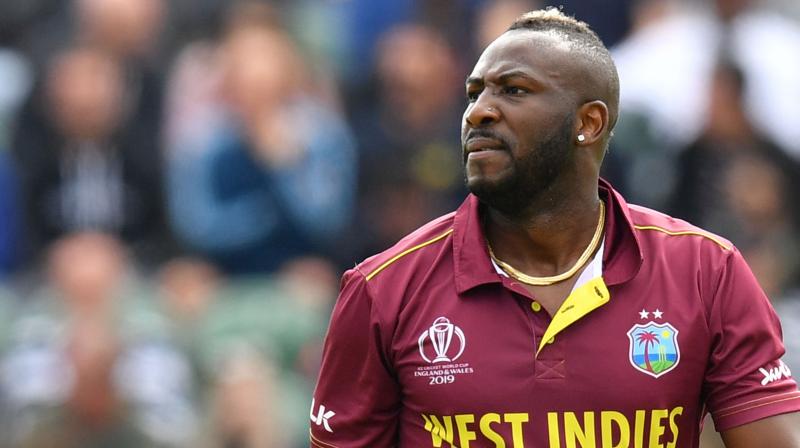 Dubai: West Indies all-rounder Andre Russell was ruled out of the remainder of the ICC Men's Cricket World Cup owing to an injury to his left knee.

Russell had picked up five wickets in four matches. The 31-year-old has been replaced by batsman Sunil Ambris, who will join the West Indies squad ahead of the match against India at Old Trafford on June 27.

International Cricket Council has confirmed that the Event Technical Committee of the World Cup has approved Ambris as a replacement player for Russell.

The replacement of a player requires the approval of the Event Technical Committee before the replacement player can be officially added to the squad.

Ambris, a top-order batsman, has played six Tests and six ODIs for the West Indies.

West Indies sit at the eighth position in the World Cup standings with three points from six matches.

Depending on the results of other teams going in favour of the Caribbean side, three wins are required from their final three matches to remain in contention for a semi-final spot.