In a letter to CONMEBOL Tapia complained of 'serious and gross refereeing mistakes' which he claimed had penalised Argentina. 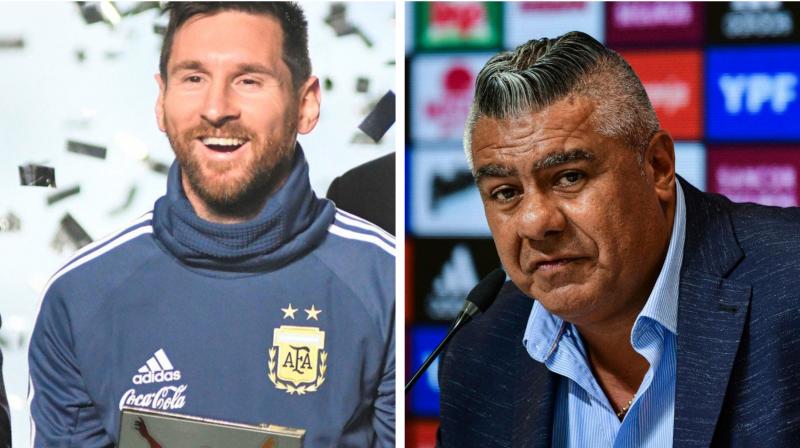 Claudio Tapia saw red after Argentina led by Lionel Messi were knocked out 2-0 in the semi-finals by eventual winners Brazil. (Photo:AFP)

Tapia saw red after Argentina led by Lionel Messi were knocked out 2-0 in the semi-finals by eventual winners Brazil.

In a letter to CONMEBOL Tapia complained of "serious and gross refereeing mistakes" which he claimed had penalised Argentina.

Argentina felt they were denied two clear penalties in the defeat, complaining that Ecuadorian referee Roddy Zambrano had refused to consult VAR to check the validity of their claims.

In response, CONMEBOL announced it had withdrawn "with immediate effect its confidence in Mr Claudio Tapia as its interim representative on the FIFA executive committee".

Tapia alleged that Zambrano "unjustifiably omitted the use of VAR in at least two specific moves that clearly influenced the final result of the match."

And he questioned whether "the principles of ethics, loyalty and transparency" had been observed during the match.

Five-time world player of the year Messi had fumed that CONMEBOL was biased towards tournament hosts Brazil.

He said he'd "grown tired of talking about the bullshit in this Copa," adding that "Brazil were the hosts and they're managing a lot in CONMEBOL these days, which makes it complicated" for everyone else.

Argentina went on to finish third, beating Chile 2-1 in a match in which Messi was harshly sent off, while Brazil earned a ninth title with a 3-1 victory over Peru in the final.

CONMEBOL said its decision Tuesday resulted from Messi's red card during Argentina's 2-1 win over Chile on July 6 in the third place match of the Copa America. Messi was ejected in the 37th minute after an altercation with Chile's Gary Medel, who also received a red card.

The decision does not mention Messi's attacks against the Copa America organization. Messi said there was corruption in the tournament and that the tournament was set up for Brazil to win. Messi later apologized to CONMEBOL for his comments.