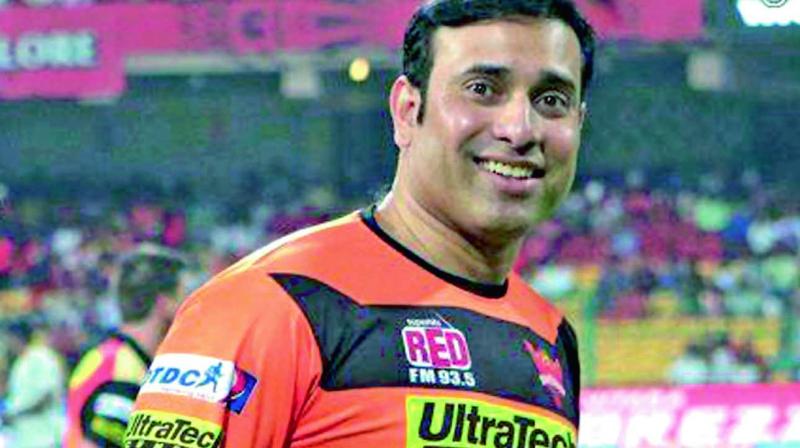 With teams reaching UAE and gearing up for their conditioning camp for the 13th edition of the Indian Premier League IPL 2020 the cash-rich tourney has taken fans in its grip again.

Next week, V.V.S. Laxman will step into the cricket ground with his team, after nearly five months, to commence training for the impending tournament.
In an exclusive chat on the telephone while he was on his way to UAE, the

Sunrisers Hyderabad (SRH) mentor described the feeling of coming back from the cold as ‘overwhelming’. “At last, there’s some cricket happening! We are excited,” said Laxman.

However, despite the lack of cricket, the lockdown has been good for Laxman, for it gave him the opportunity to spend time with his family. “I never thought I would stay at home for four months,” he adds.

Laxman says the pandemic has taught us the importance of health and nature. “Never in my wildest dreams had I expected such a pandemic. I think everyone has probably experienced the toughest time of their lives,” he states. “But we all need to be grateful for the efforts of the frontline workers.”

Laxman is grateful that IPL is about to commence. Will the long pause affect their performance in the tournament?

“The players are all professionals, so they know what is expected of them,” the stylish Hyderabadi batsman stated. “They, especially the youngsters, know that IPL is one of the biggest tournaments. And to add it to all, all the players have already started their own practise two weeks ago to get back in the groove,” he said.

Moreover, going to UAE three weeks ahead of the tournament will give them all an opportunity to regain their fitness and peak at the right time.”

Laxman then tells us how the start of the conditioning camp is going to be important.

“As a mentor and part of the coaching staff, I hope to focus on gradually increasing the intensity because this time, the IPL will also test the players’ mental fortitude,” states the former India cricketer.

Admitting that staying in a bio secure bubble for over two and half months is a challenge, Laxman does note that getting back to their rhythm might pose a challenge for the players.

“However, with most players away from match practise for over five months, the conditions appear to be the same for players across all the franchises,” he points out, “So no one really has the upper hand there.”

Despite the anticipation of the games, it is a new normal the boys will play in. For one, the stands in the stadium will be empty to keep up with the pandemic safety protocols. Wouldn’t that affect the spirit of the tournament, we wonder.

“Playing to empty stands in the IPL will be a different experience. And we are used to playing the game with a packed crowd amid an electrifying atmosphere, so we will definitely miss the crowd,” he says.

However, Laxman adds that by constantly interacting with the players, he and his team ultimately hope to ensure that the players feel they are in the best space and in the right frame of mind when they go out to play.

“But I guess the players are all professionals; moreover, we shall ensure the crowd’s absence will not allow the players to bring down their intensity levels. So as much as we enjoy the game, we know it is important to follow all the COVID-19 protocols, and we hope to have the players focus on things that are under their control playing to their full potential.” As for his team, Laxman is quite simply clear.

“One of the reasons we are successful is because of the  Orange Army’s support. We believe fans continue to pray for our success,” says Laxman as she signs off.