In Tests, there are seldom any major changes being made as India wants to retain their best XI at all times. 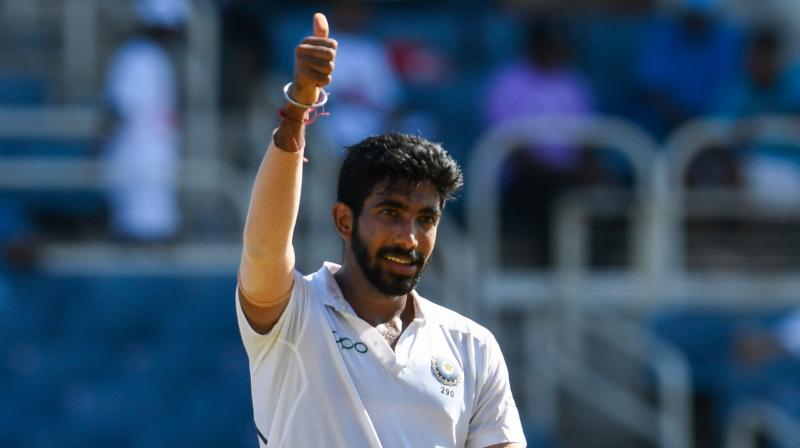 Chetan Sharma also urged the Indian selectors not to push Jasprit Bumrah too much, for fear of injury during a vital time. (Photo: AFP)

Mumbai: In the last couple of years, there has been a seamless change in the Indian team management. Players’ workload has been managed effectively in white-ball cricket so that top players are not too tired. But, in Tests, there are seldom any major changes being made as India wants to retain their best XI at all times.

Former Indian cricketer, Chetan Sharma, while speaking with Hindustan Times on Jasprit Bumrah, said, “I think he should be rested (from Tests in India). We should not waste a talent like him. There’s a reason why he’s the best bowler in the world now, we shouldn’t test him in these conditions at all.”

He added, “World Test Championship is going on and Bumrah is very important for India’s plans. There’s no need to prove it to the world that Bumrah can take wickets on Indian pitches. Ultimately we need to win and earn points.”

Sharma also urged the Indian selectors not to push Bumrah too much, for fear of injury during a vital time. He said, “The team management should asses the conditions, play spinners and rest Bumrah. Ultimately India needs to win Test matches and on Indian tracks, it doesn’t matter whether Ashwin takes wickets or Kuldeep or Bumrah. He has the talent to pick wickets on every track but my only concern is, he shouldn’t pick up an injury playing on lifeless tracks.”

India also has a vast variety of dependable bowlers at their expense. Sharma pointed out this fact and stated that these bowlers have the talent of picking up 20 wickets in the absence of Jasprit Bumrah. He said, “Times have changed, gone are the days when we used to depend only on Kapil Dev as the lone wicket-taking fast bowler. Now we have one of the best bowling line-ups in the world. We have Bhuvneshwar, Shami, Ishant, Navdeep is also there, so give them chances, why put pressure only on Bumrah alone? Bumrah should be called only when it’s absolutely necessary.”

Chetan Sharma’s other area of concern is that Bumrah should not pick up injuries because of a problem with the tracks. Speaking on the same, he said, “He has the talent to pick wickets on every track but my only concern is, he shouldn’t pick up an injury playing on lifeless tracks.”

Jasprit Bumrah is part of the Indian squad that will face-off against South Africa in the three-match Test series.