The right-handed opener averaged nearly 50 in Test cricket in seven games but didn't go as far as one would have expected. 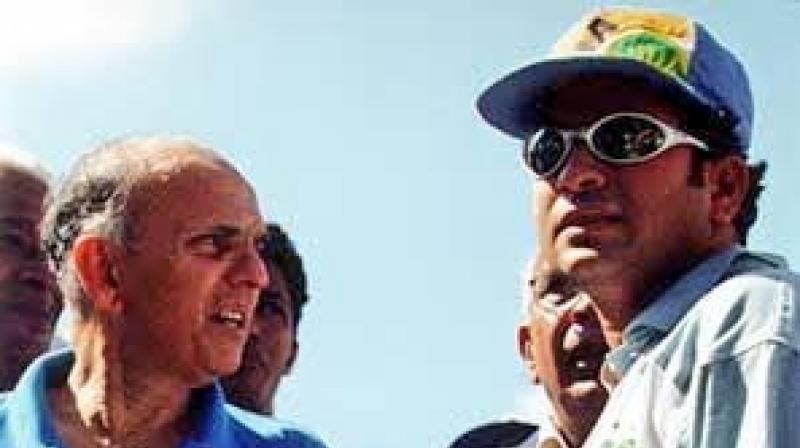 Mumbai: Madhav Apte played seven Tests in which he scored 542 runs, with a lone hundred and three fifties to his credit. His highest score was 163 not out. He had a much better first-class record where he scored 3,336 runs from 67 matches, including six hundreds and 16 fifties. His highest first-class score was 165 not out.

The right-handed opener, who died after suffering a cardiac arrest in Mumbai on Monday, averaged nearly 50 in Test cricket in seven games but didn't go as far as one would have expected.

After his demise yesterday, Sachin Tendulkar recalled some fond memories of the veteran on Twitter. He mentioned that he got to play against Madhav Apte in Shivaji Park when he was just 14. He also wrote that it was Apte and Raj Singh Dungarpur who allowed him to play for the Cricket Club of India (CCI) at the age of 15.

Have fond memories of Madhav Apte Sir.
I got to play against him at Shivaji Park when I was 14.
Still remember the time when he & Dungarpur Sir let me play for the CCI as a 15-year old. He always supported me & was a well wisher.
May his Soul Rest In Peace🙏 pic.twitter.com/NKp6NicyO5

Apte was the president of the CCI when Sachin was just 15 years old. Apte brought along a new set of rules and one rule apparently lowered the age of requirement for players wanting to play for CCI. Incidentally, this new change allowed the young Sachin to represent the club as a player. This breakthrough helped turn Sachin into the legend that he is now regarded as.

Speaking to Wisden India in 2015, Madhav Apte had downplayed the incident where he had tweaked the rules a little to allow a young Sachin Tendulkar to represent the club. He said, “Giving Sachin a chance to play at Brabourne at an early age is the only thing CCI can claim to have offered, and ML Apte (himself) happened to be the president at that point of time. Any other president would have done the same too."