Miscommunication led to confusion between Pant and Iyer, says skipper

After Shikhar Dhawan’s wicket, Iyer seemed to have walking from dressing room, but Pant who was sitting in the dugout walked in ahead of him. 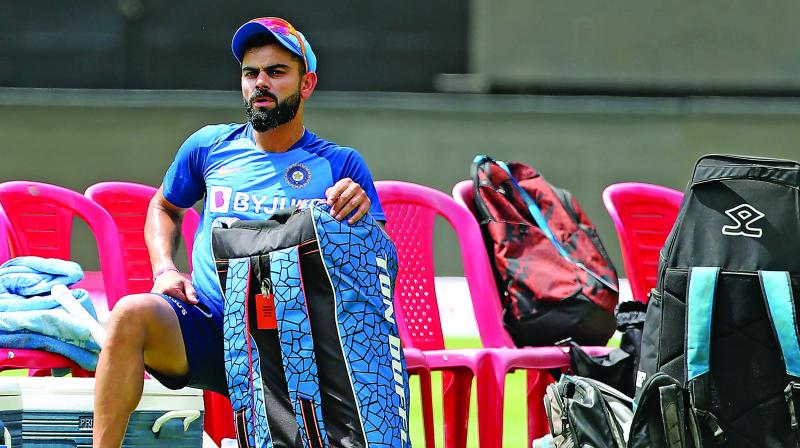 BENGALURU: Team India skipper Virat Kohli felt that there was a miscommunication between Rishabh Pant and Shreyas Iyer during the third T20 on Sunday. After Shikhar Dhawan’s wicket, Iyer seemed to have walking from dressing room, but Pant who was sitting in the dugout walked in ahead of him.

“Batting coach (Vikram Rathour) had a word with both of them, there was misunderstanding who has to go at what stage of the game, it was a little funny afterward. They both wanted to walk in so it would have been funny of both would reach the pitch and three batsmen in the field,” Kohli said.

Virat Kohli had spoken about getting out of comfort zone after winning the toss, advocating his stance on defending any score. Despite the result, he credited the South African bowling attack and rued India’s batting collapse. “Yes, we wanted to go for a big score. We wanted our batsmen to put big scores, in the past we have been 20-30 runs short and, Idea is to go out of our comfort zone because we are batting till nine,” he said.

“We were losing wickets and not getting anything away from South Africa. They bowled in the right areas and bowled well. It was the combination of both good bowling and not great decision making and these type of games would be happening as we want to get out of our comfort zone,” Virat added.

“When the big guns like Bhuvi and Bhumrah back in the side, it would be interesting to see, who makes it to the XI,” he said.