The former Australian batsman was in a Mumbai hotel with the Star Sports’ commentary team for the Indian Premier League. 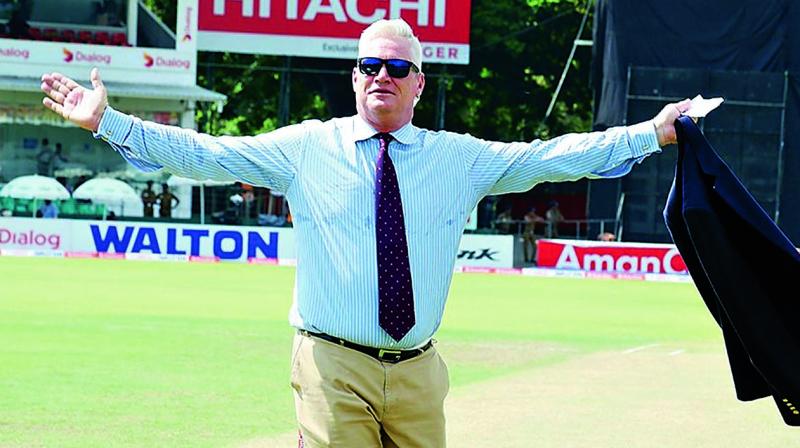 Dean Jones played 52 Tests and 164 ODIs for Australia and was part of the 1987 World Cup winning team. (File Photo)

Mumbai: Former Australia batsman Dean Jones has died of a cardiac arrest in a Mumbai hotel, IPL broadcasters Star Sports have confirmed. Jones, 59, was in Mumbai with the Star Sports’ commentary team for the Indian Premier League.

He played 52 Tests and 164 ODIs for Australia and was part of the 1987 World Cup winning team.

“It is with great sadness that we share the news of the passing away of Mr. Dean Mervyn Jones AM. He died of a sudden cardiac arrest,” Star Sports said a press release.

“We express our deep condolences to his family and stand ready to support them in this difficult time. We are in touch with the Australian High Commission to make the necessary arrangements,” the release added.

“Jones was one of the great ambassadors of the game associating himself with Cricket development across South Asia. He was passionate about discovering new talent and nurturing young cricketers.

“He was a champion commentator whose presence and presentation of the game always brought joy to millions of fans. He will be sorely missed by everyone at Star and his millions of fans across the globe. Our thoughts and prayers are with his family and friends,” the broadcasters said.

“Dean Jones was a hero to a generation of cricketers and will forever be remembered as a legend of this great game,” Cricket Australia chairman Earl Eddings said.

“Anyone who watched cricket in the 1980s and 1990s will fondly recall his cavalier approach at the crease and the incredible energy and passion he brought to every game he played.

“This is a truly sad day. Deano’s loss will be felt not just at home in Australia, but across the globe. Our thoughts and best wishes are with his wife Jane and daughters Isabella and Phoebe.”

India cricket team head coach Ravi Shastri tweeted: “Really shocking to lose a colleague and a dear friend, Dean Jones. Gone so young. Condolences to the family and may his soul rest in peace.”

Jones was well-known for his ODI performances and carved out an impressive test career, with his 210 against India in a scorching Madras in 1986 the highlight among his 11 test centuries.

Former Australia coach Bob Simpson told espncricinfo he had not “seen a braver innings ... he was running on adrenaline.”

“During breaks we would have one bloke waiting to take off his pads and another would strip him and put him in an ice bath just to try and revitalise him. It was immensely courageous.”

He went on to play English county cricket for Durham before captaining Derbyshire, and was a sought-after analyst and commentator in retirement.

“Awful to hear the news of Dean Jones passing away in Mumbai,” former Australia captain Steve Smith, who is in Dubai for the IPL, said on Instagram.

“He was a wonderful player for Australia and he will be missed. My thoughts are with his family.”