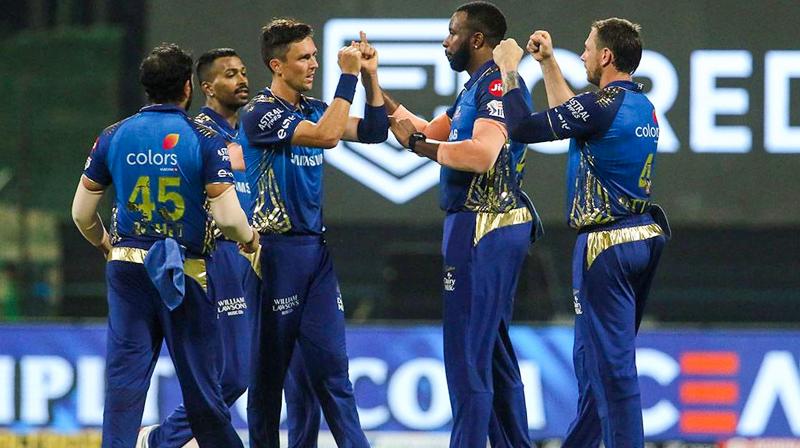 Mumbai lost five matches in the 2014 season—the first half of which was played in the UAE due to elections in India—and went down in the opener of the Twenty20 tournament this season.

Sharma put on a key second-wicket stand of 90 with Suryakumar Yadav, who hit 47, to guide Mumbai to 195 for five and a 49-run win over Kolkata Knight Riders in Abu Dhabi.

“It was only two players (Sharma and Kieron Pollard) from the 2014 squad (that are with Mumbai this season),” Sharma, named man of the match, said.

Sharma’s sixes in his 54-ball knock took the sixes count to 200 in the IPL.

Meanwhile Kolkata’s Australian quick Pat Cummins—the most expensive foreign player for the 2020 season with a $2.17 million fee—gave away 49 runs in his three overs.

But later Cummins, who played three one-day matches in England ending September 16 before coming to the UAE, smashed 33 runs off 12 balls while coming in to bat at number seven.

“It is very unfair to judge him right now. He is off quarantine,” KKR skipper Dinesh Karthik told reporters.

“He is a world champion bowler. From whatever I have heard and seen he is one of the best going around in the world. I trust him completely. I am sure he will come good.”