India not having a 'say' in the International Cricket Council is a major concern for newly-appointed BCCI Treasurer. 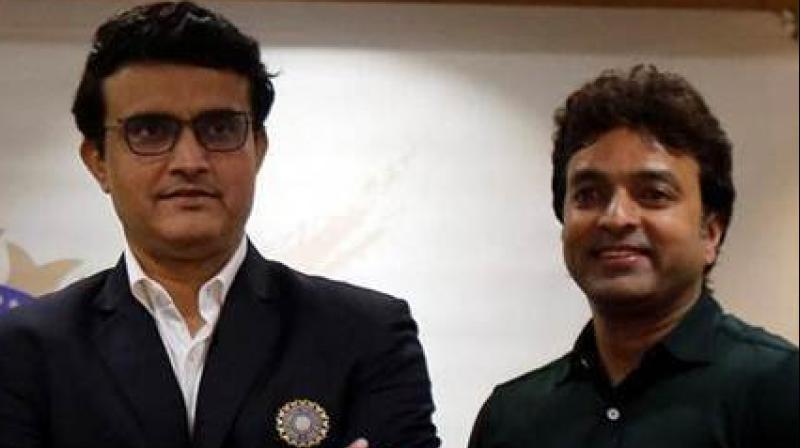 Arun Dhumal spoke about his immediate priorities, which include increasing the Board's revenue despite the fact that the BCCI remains the richest body in international cricket. (Photo: Twitter)

New Delhi: India not having a "say" in the International Cricket Council is a major concern for newly-appointed BCCI Treasurer Arun Dhumal, who has questioned the very relevance of the world body if it doesn't have the country in a prominent role.

Speaking to PTI after taking charge under new President - Sourav Ganguly, Dhumal spoke about his immediate priorities, which include increasing the Board's revenue despite the fact that the BCCI remains the richest body in international cricket.

"Could we have ever imagined that BCCI will not have a say in ICC's roadmap? It was never imagined. What is ICC without BCCI?" asked Dhumal referring to India's absence from the ICC's newly-created working group to chalk out a fresh governance model for the body.

He also made it clear that BCCI is not on board with the ICC as far as the Future Tours Programme (FTP) for the 2023-2031 cycle is concerned.

"We are not agreeable to the new proposal of the ICC with regards to increase in tournaments," he said.

Dhumal said cutting down on unnecessary expenditure would be high on his priorities. He would look to use that money to improve the financial position of first-class cricketers.

Dhumal, brother of former BCCI President Anurag Thakur, is "surprised" at the amount of money that has gone into covering legal expenses. Since 2017, the Board was being managed by a Supreme Court-appointed Committee of Administrators, which demitted office on Wednesday.

"My goal is to increase the BCCI revenue as what has happened now is that revenues are stable but expenses have gone up. Administrative and legal expenses need to be checked," Dhumal said.

"There are few other issues that we need to handle including the tax liabilities and issues with the past IPL franchises also need to be addressed," Dhumal said.

He echoed Ganguly's sentiment that first-class cricketers need to be taken care of.

"We need to increase the revenue so that it can benefit first-class cricketers as we would be able to distribute the amount among them. Because they are required to be looked after," he said.

While they haven't decided on any amount, Dhumal is confident the BCCI will have a figure in place once there is a meeting of the senior Board members and the Apex Council.

"We need to sit with the president and other senior members of Apex Council and decide on an amount. But it will depend on the quantum of increase in revenues as we have to check how much we are earning from the bilateral and other ICC tournaments," he said.

"Definitely, the legal expenses have shot up in the past few years. Not only me, but all the members are surprised by the kind of expenses incurred. This needs to be checked and we will definitely do it."