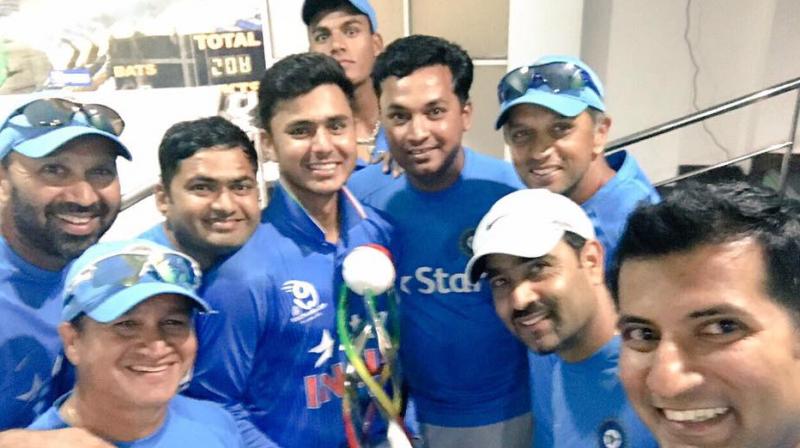 Opting to bat first, Prithvi Shaw (39) and Himanshu Rana (71) provided their side with a solid start by sharing a decent 67-run stand for the opening wicket.

After Shaw's dismissal, Rana joined forces with one drop Shubhman Gill, who smashed a brilliant 70 besides sharing a 88-run stand for the second wicket to guide India to a respectable total of 273-8.

Abhishek, who was declared ‘Man of the Match’, contributed significant 29 runs in his side's innings.

In reply, a clinical display by Indian spinners bundled out Lanka for 239 in 48.4 overs despite some resistance from Reven Kelly (62) and Kamindu Mendis (53).

Abhishek was the pick of the bowlers for India for his figures of four for 37 while Rahul Chahar bagged three wickets.

Yash Thakur also chipped in with a wicket to help India defend the title successfully.

Rana, who scored a match-winning century in the semifinal, was adjudged ‘Man of the Series’.