Karun Nair is currently on Karnataka duty in the Ranji Trophy quarterfinal against Tamil Nadu. 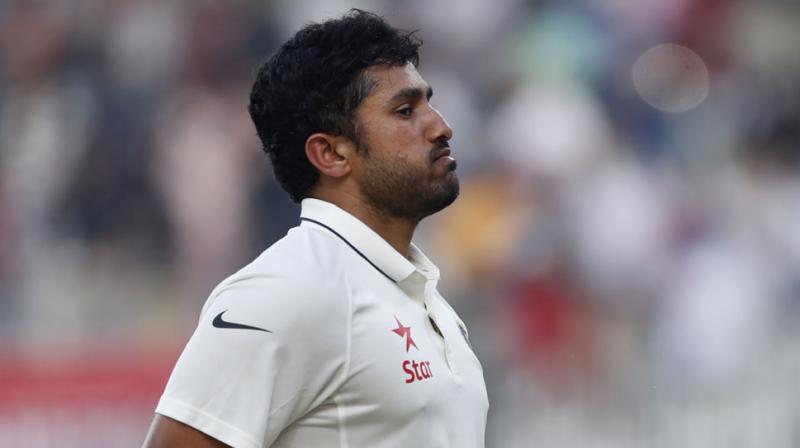 Vizag: Karun Nair, who recently became the second Indian to score a triple hundred in Test cricket, had to undergo scans following an abdominal pain during the Ranji Trophy quarterfinal clash between Karnataka and Tamil Nadu.

The 25-year-old batsman had to undergo scans in Vizag where he is playing for his Ranji Trophy team Karnataka.

According to reports, Karun felt that he had some trouble with lower abdomen and he underwent scans on Friday night.

If he is ruled out from playing, as a part of recovery process, for a while, it could be a major blow for India as they get ready to take on England in three ODIs and three T20Is.

While the Indian Test team has not lost a game in their last 18 outings and are doing well in the shorter formats of the games, injuries to the key players – Roiht Sharma, Mohammed Shami, KL Rahul, Hardik Pandya, Murali Vijay, Shikhar Dhawan, Ajinkya Rahane and Jayant Yadav have been a cause of concern.