Opportunity for Ajinkya Rahane, Prithvi Shaw to impress as Mumbai take on Railways

Rahane is playing back-to-back Ranji games after a long time. While, Shaw has made a strong comeback after serving an eight-month doping ban 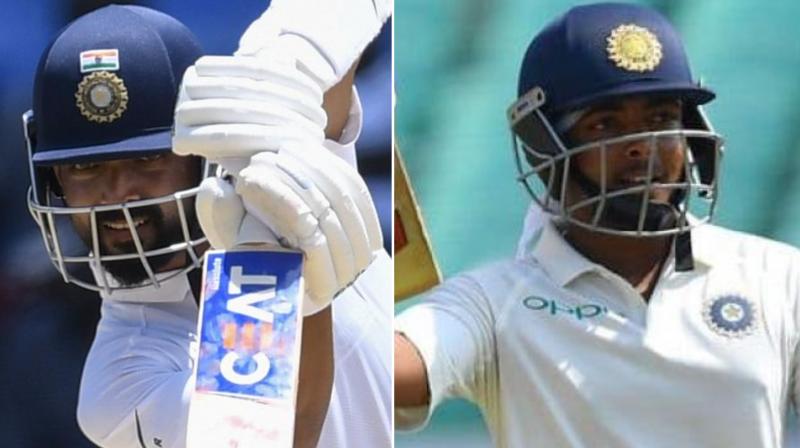 Test specialist Ajinkya Rahane and Prithvi Shaw have another opportunity to impress when Mumbai take on Railways in Elite Group B game of the Ranji Trophy, which begins here from Wednesday. (Photo: AFP)

Mumbai: Test specialist Ajinkya Rahane and Prithvi Shaw have another opportunity to impress when Mumbai take on Railways in Elite Group B game of the Ranji Trophy, which begins here from Wednesday.

Rahane was exactly not among the runs in the lung opener against Baroda, which the 41-time domestic champions won by 309 runs.

Rahane is playing back-to-back Ranji games after a long time and it would be a good opportunity for him to get some runs under his belt, especially at his home turf, before he heads for New Zealand with the India A team.

On the other hand, Shaw, who also has been named in India A squad for the New Zealand tour, has made a strong comeback after serving an eight-month doping ban by slamming a double hundred against Baroda in the lung opener.

The talented right-handed opener would be more than keen to carry forward his good form and prove his mettle.

Even Mumbai skipper Suryakumar Yadav, another player in the India A squad travelling to New Zealand, would want to do his best against Railways.

Yadav said his players were up for the challenge.

"The players and myself are positive. They are doing pretty well and the mood in the camp is positive," said Yadav.

Railways, led by leggie Karn Sharma, are coming in to the game after suffering an innings defeat against defending champions Saurashtra. But they would want to bounce back from that reverse and give a tough challenge to Mumbai.

Sharma said his side had one bad game against Saurashtra but they won't think about it.

"We have limited players but still we are doing well. We had one bad game (against Saurashtra), but we won't think about that. We will focus on our game. The wicket at Wankhede is good," said Sharma.

Mumbai are without India players Shreyas Iyer and Shivam Dube and Sharma said his side would try to take advantage of the situation.

Sharma said that playing for India will always be at the back on his mind.

"(Playing for India) is at the back of my mind but not in my hands. I just need to keep performing. The selection is not in my hands,I need to perform. I want my team to win, if the team does well at the top, someone will play at the top (for India)," he said.

Meanwhile, former Rajasthan coach Pradeep Sundaram, who is the bowling coach at the MCA Academy in BKC, is helping the Mumbai squad.

Yadav said Sundaram was an asset to the team and they were happy to have him on board.