The Jason Holder-led side will open its campaign against Pakistan in the World cup on May 31. 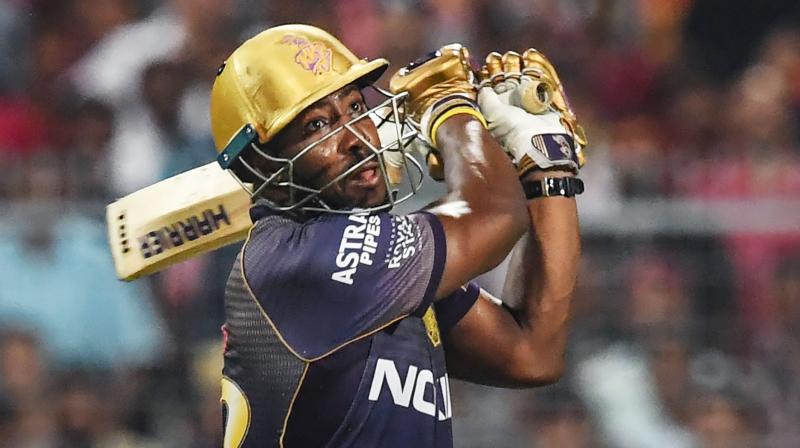 Russell, who last played an ODI in July 2018 made a comeback to the West Indies team for the upcoming World Cup. (Photo: AFP)

New Delhi: Cricket West Indies announced its 15-member team for the upcoming ICC Men's Cricket World Cup on Wednesday. The Jason Holder-led side will open its campaign against Pakistan in the World cup on May 31 at Trent Bridge.

Here's a look at the biggest takeaways from the West Indies squad:

Russell, who last played an ODI in July 2018 made a comeback to the West Indies team for the upcoming World Cup.

A flurry of injuries and a one-year ban in 2017 had stalled his progress in the international game but the selectors decided to show faith in him after seeing his good form in the ongoing edition of the Indian Premier League (IPL).

The player has so far accumulated 392 runs for Kolkata Knight Riders in the IPL at a strike-rate of 217.77.

No place for Kieron Pollard

Pollard was excluded from the West Indies team for the World Cup. Pollard and Russell are very much alike in their playing style. Russell was included in the team but Pollard was not given a nod in the team.

Pollard has also been in good form in the ongoing edition of the IPL and he struck a knock of 83 against Kings XI Punjab in the tournament after which he admitted that he had not ruled out the possibility of returning into the West Indies team.

Rise of the youngsters

Both 22-year-old players Shimron Hetmyer and Oshane Thomas were named in the West Indies team. These two players have constantly been referred to as the promising players to come out of the country in recent times.

Hetmyer debuted in December has already taken the cricketing field by storm scoring quickfire knocks whereas Thomas who played his first ODI in October last year is being referred as next great West Indies fast bowler. These two will be the vital cogs for the team in the World Cup.

Gayle, the left-handed batsman has been in outstanding form throughout 2019, accumulating 424 runs at an average of 106. He will be responsible for getting the team of to good starts in the tournament and the player would look to bow out of the international game on a high.

The team takes on South Africa and New Zealand in the warm-up matches before the World Cup on May 26 and 28.