Was clueless on Test debut, thought I had played my last game: Tendulkar

Owner of innumerable batting records, Tendulkar felt he was not good enough for international cricket 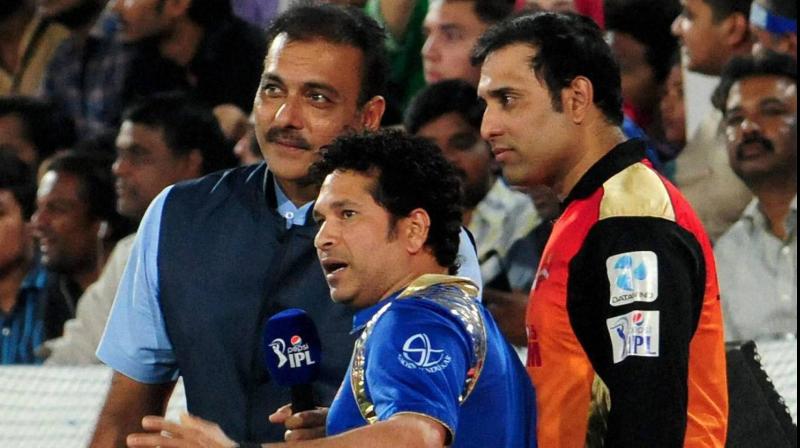 London: Sachin Tendulkar says he was "clueless" on his Test debut and almost cried thinking it was all over for him.

When he walked out for the last time 24 years later, Tendulkar would do so as a batting great with a record 200 Test appearances to his name.

"I was clueless, I have to admit that. I played the first Test as if I was playing a school match," Sachin told Nasser Hussain during the 'Nasser meets Sachin' episode on Skysports.

In his first Test in 1989, Tendulkar was up against a Pakistan pace attack comprising Imran Khan, Wasim Akram and Waqar Younis.

Recalling the outing, he said, "Wasim and Waqar were bowling quick, and they were delivering short balls and all sorts of intimidating things they could do. I had never experienced anything like that, so the first outing wasn't a pleasant one.

"Occasionally, I got beaten by their pace and bounce, and when I got out on 15, I felt embarrassed when I walked back to the dressing room.

"I was like 'what have you done, why did you play like this' and then when I reached the dressing room, I went straight to the bathroom, and I was almost in tears."

Now the owner of innumerable batting records, Tendulkar, at that point in time, felt he was not good enough for international cricket.

"I felt I was completely out of place. I looked at myself and questioned myself and said: 'looks like this is gonna be your first and the last outing'. I felt that I'm not good enough to play at this level. I was upset and feeling low," Tendulkar said.

He said a conversation with Ravi Shastri, now the coach of the Indian team, helped.

"I still remember the conversation I had with Ravi Shastri. Ravi said, 'you played as if it was a school match. You are playing against the best bowlers; you need to respect their ability and their skill'.

"Then I told Ravi that I got beaten by their (Pakistan bowlers) pace. To which Ravi said: 'That happens to quite a few, you don't worry. You just look to go out and spend half an hour in the middle and then you will get adjusted to their pace, and everything will fall into place after that'."

Tendulkar was picked for the second Test and showed he had it in him with a gritty half-century.

"When I was picked to play in the second Test at Faisalabad, the only thing on my mind was, I'm not gonna look at the scoreboard. I will only look at the clock and not worry about scoring runs.

"I batted for half an hour, and I felt really comfortable and I scored 59 runs in that match and after that things started changing," said Tendulkar, whose favourite all-rounders are Kapil Dev, Imran Khan, Richard Hadlee, Malcolm Marshall and Ian Botham.