The 38-year-old holds the honorary rank of Lieutenant Colonel in the Territorial Army unit of the Parachute Regiment. 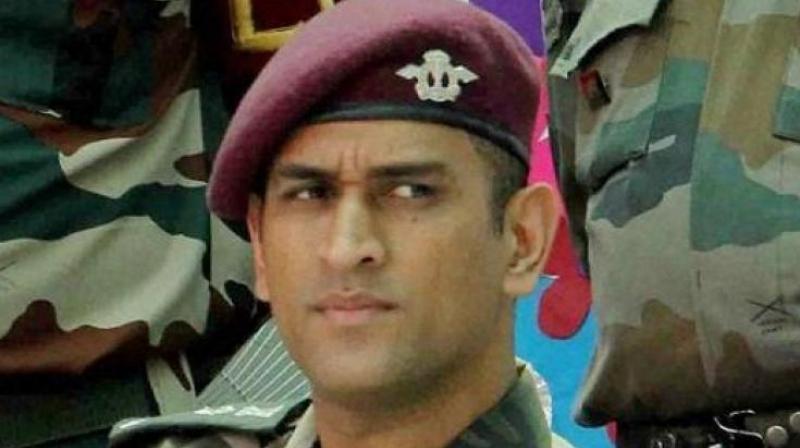 Mumbai: Former Indian skipper MS Dhoni will serve the Indian army in Kashmir valley and will undertake the duties of patrolling, guard and post duty for about 15 days, the Indian Army said in a statement on Thursday.

The 38-year-old had made himself unavailable for the West Indies tour to serve his regiment.

Dhoni will formally join his duty in Kashmir on July 31 and will stay with the army till August 15, the army said in a statement.

“Lieutenant Colonel (Honorary) MS Dhoni is proceeding to 106 Territorial Army Battalion (Para) for being with the Battalion from 31 Jul-15 Aug 2019,” the statement said.

“As requested by the officer and approved by Army Headquarters; he will be taking on the duties of patrolling, guard and post duty and would be staying with troops,” the statement said.

The 38-year-old holds the honorary rank of Lieutenant Colonel in the Territorial Army unit of the Parachute Regiment (106 Para TA battalion). The honour was accorded to him by the Indian Army in 2011. Dhoni was given this honour along with Abhinav Bindra and Deepak Rao.

In 2015, Dhoni became a qualified paratrooper after having completed five parachute training jumps from Indian Army aircrafts in the Agra training camp.