No Dickwella, Gunathilaka in Sri Lanka's ODI squad for Bangladesh 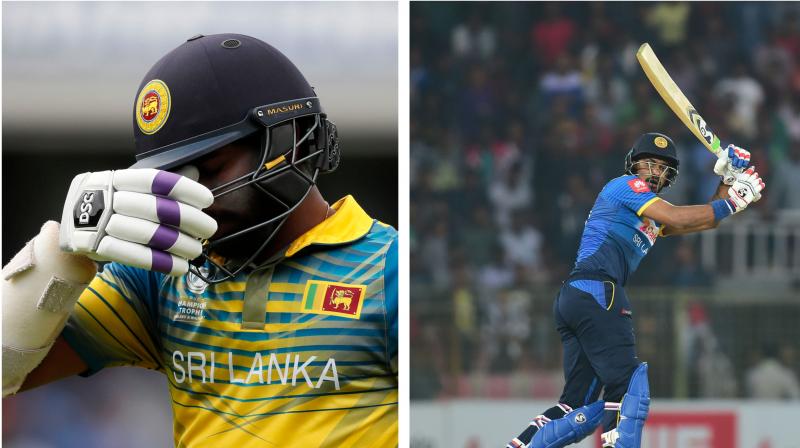 Amila Aponso, Lakshan Sandakan and Lahiru Madusanka are the other three who have been left out, the board notified on Wednesday. (Photo:AP/AFP)

Sri Lanka had initially announced 22-man squad last week but dropped five cricketers as they finalised the team. Amila Aponso, Lakshan Sandakan and Lahiru Madusanka are the other three who have been left out, the board notified on Wednesday.

Veteran fast bowler Lasith Malinga will bid adieu to international cricket after the first match, while Dasun Shanaka will fill in for Malinga for the second and third ODI.

Following is the 17-man squad:

Sri Lanka and Bangladesh will meet for three ODIs on July 26, 28 and 31 in Colombo.