Skipper Sarfaraz was trolled and bashed heavily for Pakistan’s poor performance in the World Cup. 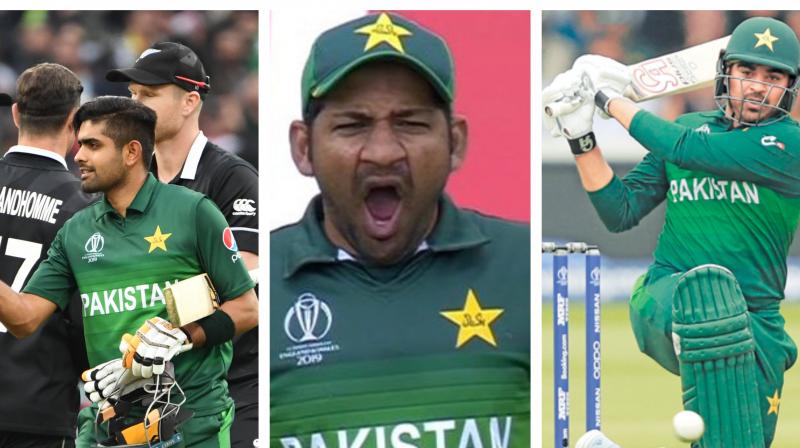 Akhtar feels that Sarfaraz should not lead the team in any format and he should hand over the baton of captaincy to the youngsters like Haris Sohail or Babar Azam. (Photo: AP/AFP/Twitter)

Mumbai: Former Pakistani pacer Shoaib Akhtar has bashed current Pakistan captain Sarfaraz Ahmed and said that the incumbent skipper should relinquish the charge of captaincy but he is free to work as an independent wicket-keeper batsman. The former Pakistani pacer’s comments came after Pakistan failed to qualify for the semi-finals as the team crashed out in the group stage.

Skipper Sarfaraz was trolled and bashed heavily for Pakistan’s poor performance in the World Cup. Akhtar feels that Sarfaraz should not lead the team in any format and he should hand over the baton of captaincy to the youngsters like Haris Sohail or Babar Azam.

“He should be used for his wicket-keeping and batting skills,” Akhtar said in his YouTube video as reported by cricketpakistan.com.pk. “No way should he continue as captain of the team. He should not be the captain in any format.” “Haris Sohail should be made the captain. He should captain the side in ODIs and T20Is. They should test him (Babar Azam) in Test cricket. I wish him the best. He has scored a lot of runs,” Akhtar said.

After Pakistan’s dismal performance in the 2019 World Cup, the fans are desperate to see new changes within the team. But, Pakistan Cricket Board’s chief selector Inzamam-ul-Haq has resigned from his post and Prime Minister Imran Khan has promised to “fix” Pakistan’s cricketing situations.

“I went to England where I learned to play cricket. When we returned from there we raised the standard of other players. After the World Cup I have decided that I will fix the Pakistan cricket team,” Prime Minister Imran Khan said while delivering a speech in Washington, US.

Imran Khan lastly added, “The team you see in the next world cup, remember my words that team will be a professional team. We will fix the system and bring one in which the best talent comes forward.”