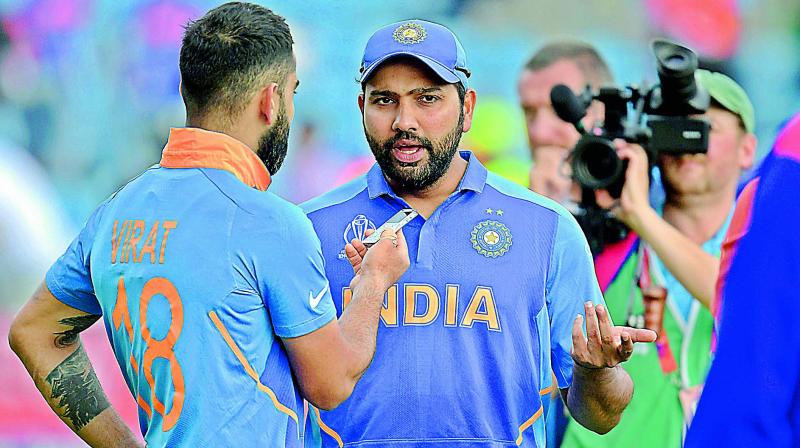 With the absence of MS Dhoni from the Indian team for over two months now, skipper Virat Kohli and head coach Ravi Shastri have asked Rohit Sharma to be more vocal on the field while guiding youngsters in the side.

Rohit has led Mumbai Indians to record four Indian Premier League titles and two Champions League Twenty20 titles. Currently serving as the vice-captain of India in limited-overs cricket, Rohit has the experience of captaining the side in Kohli's absence.

“See, you don’t want too many cooks to spoil the broth. There is always the need to have a fine balance and not confuse the youngsters in the middle of a match. So, when MS was there behind the wicket, it was Kohli and MS who would do the guiding."

"In Dhoni’s absence, it was felt that it would be great to have Rohit sharing his thoughts with the youngsters and being vocal on the field,” a source in the team management was quoted as saying by IANS.

“Rohit has been a part of the leadership group for a while now and it is not like this is the first time that he is sharing his ideas with the players. The captain and coach trust his instincts and it is great when a senior member walks up to a bowler and suggests ways to trump the opposition batsman,” the source added.