MS Dhoni sat out of T20Is to give BCCI time to groom Rishabh Pant; report

Earlier this month, several reports came out stating that MS Dhoni made himself unavailable till November. 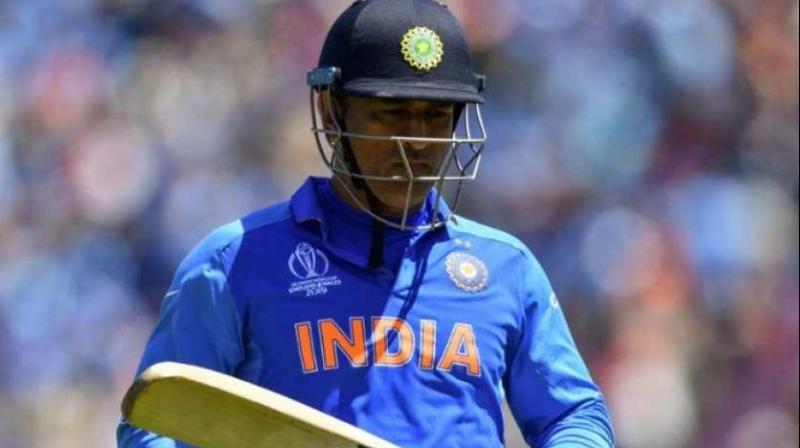 As per a report by DNA, the 2011-World Cup winning captain Mahendra Singh Dhoni is sitting out in order to give BCCI the time to prepare Rishabh Pant as well as his replacements for next year’s ICC T20 World Cup. (Photo:AFP)

Mumbai: Since Mahendra Singh Dhoni decided to take a sabbatical from international cricket, replacing the veteran the Indian cricketer has been the widely debated topic after India’s exit from the 2019 World Cup, following the semi-final defeat to New Zealand.

Despite being a valuable addition to squad, the 38-year-old’s batting approach raised a lot of questions over who will be the perfect replacement for the former Indian caption at the number four and for the wicket-keeping role in the ODIs.

After Dhoni opted himself out of the West Indies and South Africa series, the BCCI announced that Rishabh Pant will be groomed properly to replace the Dhoni.

The BCCI also announced that this initiative would be beneficial for the Indian cricket team in the long run as the apex cricket governing body of India has plans for the future.

Pant, who was touted as Dhoni’s successor, was given ample opportunity at the no 4, but, so far, the 21-year-old hasn’t been able to grasp any of the chances that has been provided.

During the 2019 World Cup and in the West Indies series, Rishabh Pant had given away his wicket by playing a shot out of impetuosity. Pant continued the same trend in the T20I series against South Africa.

If the trend continues like this, that day isn’t far away when the selectors would start to overlook him. Recently, national chairman of selectors MSK Prasad stated that the selectors are looking possible backups for Pant.

Pant also has been slammed heavily by his fans and former cricketers for his poor shot selection. Despite his poor display of form, the team management and selectors have been extremely patient.

MS Dhoni, who is expected to make his first international appearance on December, since the 2019 World Cup defeat against New Zealand, will once again be a part of the ODI squad during the home series versus West Indies later this year.

Dhoni was heavily criticized for his slow batting approach and hence the BCCI started looking for replacements.

As per a report by DNA, the 2011-World Cup winning captain is sitting out in order to give BCCI the time to prepare Rishabh Pant as well as his replacements for next year’s ICC T20 World Cup. Earlier this month, several reports came out stating that MS Dhoni made himself unavailable till November.

However, the veteran wicket-keeper is expected to return to the ODI squad when India hosts West Indies for a three-match ODI and Test series. Nevertheless, an announcement on MSD’s future is yet to come from the side of the selectors or from Dhoni himself, as it’s still not clear whether Dhoni wishes to play ODI cricket for India again.