With Dhoni extending his break from cricket to the month of November, Pant has an opportunity to fill the former skipper's shoes. 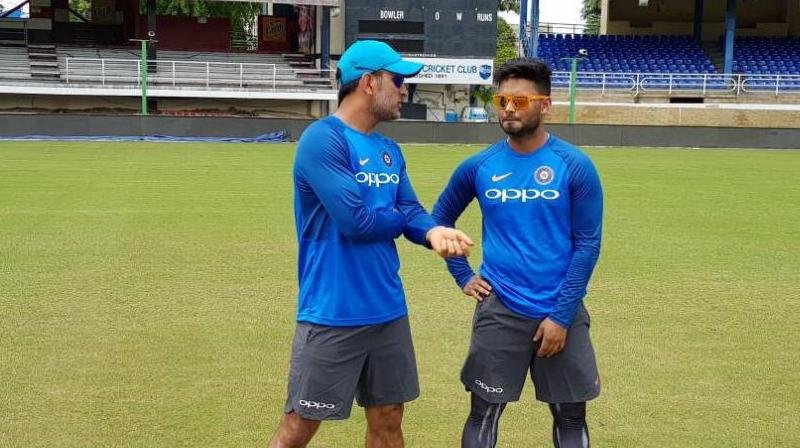 Despite being given ample opportunities, Pant has been unsuccessful to cement his spot in the Indian side. (Photo: Twitter/BCCI)

Former India cricketer Yuvraj Singh on Tuesday backed the under-fire Rishabh Pant, saying the youngster doesn't deserve the criticism coming his way and needs the support of captain Virat Kohli to overcome the slump. Yuvraj has insisted the team management to understand the psychology of the youngster to get the best out of him.

Despite being given ample opportunities, Pant has been unsuccessful to cement his spot in the Indian side.

"I really don't know what is happening with him (Rishabh). He is facing a lot of criticism which is not needed. Somebody needs to get the best out of him," Yuvraj said on the sidelines of 'The Sports Movement' summit of India On Track organisation.

"The people monitoring him, the coach, the captain have to guide him," he further said.

Pant has been labelled as MS Dhoni’s replacement behind the stumps for India. However, the 21-year-old has received a lot of flak due to poor selection of shots while throwing his wicket away.

Team India's head coach Ravi Shastri had recently stated that Pant let the team down with his rash dismissals during the series against West Indies last month and the wicketkeeper-batsman would be given a rap on the knuckle every time he fails to value his wicket.

Yuvraj said that one should refrain from comparing Pant with Dhoni. “MS Dhoni was not made in a day. It took a few years so it will take a few years for a replacement also. There is one year to go for the T20 World Cup so that is still a long time,” he said.

With Dhoni extending his break from cricket to the month of November, Pant has an opportunity to fill the former skipper's shoes. Pant will be eager to clinch the wicket-keeper spot in the Indian side that will go to Australia for the World T20.