The Indian pace attack was not bristling with aggression and purpose. 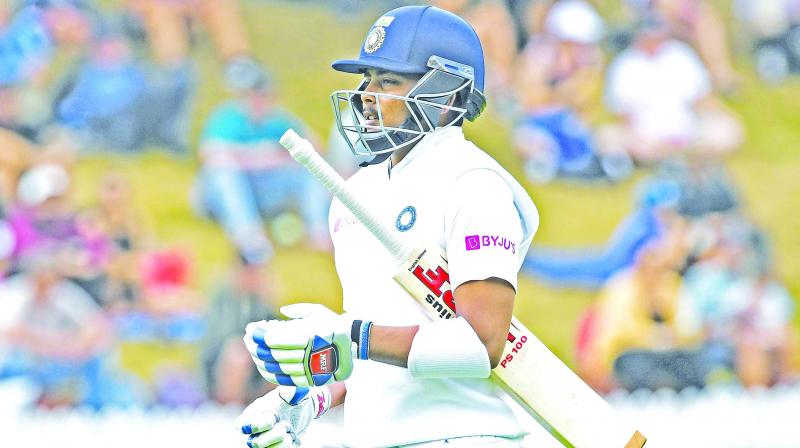 There is no doubt, in my mind at least, that Team India will be at Lord’s in the final of the world Test championship next year. What happened at the Basin Reserve in windy Wellington was an aberration, most likely brought on by the greenish tinge in the pitch, which was splendidly exploited by the Kiwi pace attack, of course. My only fear is whether the same will not happen to us if the ball swings and seams at Lord’s next English summer as it always tends to at HQ, especially when there is a cloud cover over London.

Give the Kiwis their due. They won their 100th Test, 64 years after their first triumph and their century of wins was inspired by two seasoned fast bowlers in Trent Boult and Tim Southee who were nicely backed up by the six foot-eight inch greenhorn Kylie Jamieson who is not of express speed but extracts bounce from a very high release. The conditions on the first day, when New Zealand won the toss, would have been just what the doctor ordered to test Indian batsmen. Should there be any doubt that India would have inserted the Black Caps had they won the toss?

India came into the game with an impressive seven straight wins. But all victories in Tests are subject to the conditions and the relative strengths of the opposition. To have underestimated New Zealand, unbeaten at home in a streak of 12 Tests, was perhaps the real cause of the Indian debacle. Virat Kohli’s lean trot exacerbated the problem even as the presence of Prithvi Shaw as first choice opener was a bit of an overreach, as much as comparisons to Sachin Tendulkar have been in the young batsman’s career. Let’s face it, Prithvi is no Sachin and would struggle to live up to comparisons in the future too if he doesn’t tighten up his game.

The Black Caps’ mastery of their home conditions, particularly in Wellington where bowling against the wind needs certain expertise, has to be admired. India had to bat ugly to survive and they seemed to for a start, although watching Mayank Agarwal, who was stodgy and yet picking on opportunities to score, was never likely to be easy on the eye. Nor is Cheteswar Pujara going to be an advertisement for bright cricket even if he had played such great Test innings as in Australia two years ago to make possible India’s historic Test series triumph down under.

Ajinkya Rahane was the pick of India’s Test batsmen on the short evidence of the Wellington Test. He had time to play the ball and he was fluent in negotiating it. Both Agarwal and Pujara made it look too often as if they were dealing with grenades rather than a Kookaburra ball. The sum total of the batting efforts was just about good enough to avoid defeat by an innings and we can’t be too proud of that. What was truly disappointing was that once the conditions settled as India batted a second time, they did not put up enough of a fight before going down. The world’s leading Test side can’t allow themselves to be rolled over on a barrel.

The Indian pace attack was not bristling with aggression and purpose. They had built a reputation for just such qualities but were found lacking as a unit whereas Ishant Sharma proved an exception by sticking to the task more than his partners in pace. Things can change quickly and, maybe, the pitch and conditions for the second Test may be kinder to batsmen. But then any quality side must make its own fortunes in any conditions rather than be a one-dimensional, fair weather batting line-up.

We know Team India batsmen are far better performers than what we saw of them at the Basin Reserve. They have to turn up in Christchurch if the series is to be a real contest. The quicks of the Indian attack are far better performers than what we saw of them. They would have to turn up too if the visitors are not to be demoralised by the typical weather conditions and soft pitches that will have grass left on them. Indians should be the last to complain of any team seizing the home advantage by tweaking the conditions a bit. After all, Indians are experts at designer pitches that lets rotating balls jump at the batsmen’s throats rather than those bowled with an upright seam.