In the last five meetings between the arch-rivals, Super Kings have managed just one win. 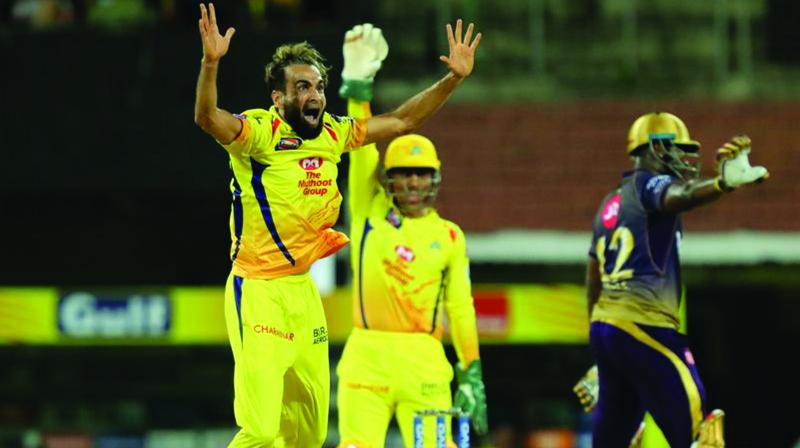 Chennai: Expectations run high whenever these two franchises — the most successful in IPL history with three titles each — lock horns. Even though Chennai Super Kings have virtually booked a spot in the playoffs, the Friday’s big-ticket clash against Mumbai Indians presents an opportunity for M.S. Dhoni & Co. to settle an old score.

In the last five meetings between the arch-rivals, Super Kings have managed just one win. But more importantly, the defeat that Chennai suffered at their own backyard way back in 2015 remains a blot in an otherwise illustrious home record. And it was the last time Mumbai had travelled to Chennai and Rohit Sharma’s team accomplished what no other side could do.

The thrilling encounter unearthed a power-hitting all-rounder Hardik Pandya who helped Mumbai get 30 runs in last two overs for a famous win. It remains CSK’s only defeat in 18 matches at home since April 22, 2013. Ambati Rayudu and Harbhajan Singh who were part of that Mumbai victory are now at the other side of the fence.

Having toppled Super Kings earlier this season, Mumbai once again fancy their chance in halting the Chennai juggernaut at Chepauk. Mumbai who lost to Rajasthan Royals in their previous game have 12 points in 10 games and a victory would give an impetus to their playoff push.

The last match against Sunrisers Hyderabad helped Super Kings address their top-order woes. Shane Watson repaid the management’s faith with a stroke-filled 96, while Suresh Raina proved that he is still a force to be reckoned with. The team management who were worried about Dhoni shouldering too much burden in the middle should have heaved a sigh of relief.

CSK’s batting coach Michael Hussey said he knew a big knock from Watson was just around the corner. “It was great to see the way Watson played against Sunrisers. He was hitting really well in the nets. Now, we hope that he can have some consistency going into the backend of the competition. The credit should also go to coach Stephen Fleming and captain Dhoni for showing great faith in Watson. They stuck with him and it was well rewarded,” said Hussey.

CSK pacer Deepak Chahar has been brilliant with the ball as he not only gives initial breakthroughs, but also operates cleverly in the death overs. Harbhajan Singh, Ravindra Jadeja and Imran Tahir make an enviable spin trio.

Hussey said he was looking forward to an exciting battle between the experienced CSK spinners and youthful Mumbai tweakers such as Rahul Chahar, Deepak’s brother, and Krunal Pandya. “We have to prepare and plan well against Mumbai. I have been watching him (Rahul) pretty closely. Krunal also doing well. It’s going to be a big challenge for our batsmen,” he added.

The Chepauk pitch which had been under the scanner for being slow looked better when CSK took on Sunrisers in the previous game. Hussey said the home team are not worried about the tricky surface.