The 1987 World Cup winning captain said that Kohli has impressed him as he wears his heart on his sleeves. 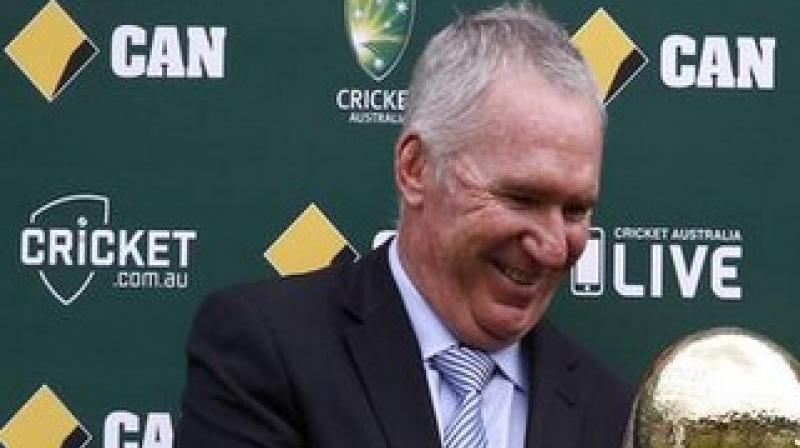 Border said the English man has driven England to the top of ODI cricket with daring game plans. (Photo: ANI)

The 1987 World Cup winning captain said that Kohli has impressed him as he wears his heart on his sleeves.

"Virat Kohli, I think he's a different type of captain. He's a bit more of a boisterous-type player and wears his heart on his sleeve. So the players know if they've stuffed up because he's one of those really in-your-face-type skippers," cricket.com.au quoted Border, as saying.

Moving to Morgan, Border said the English man has driven England to the top of ODI cricket with daring game plans.

"That game plan under Trevor Bayliss as coach and Eoin Morgan, I think he's a seriously good one-day cricketer, and he's as good a captain as there is going around. Tactically he's very good and their game plan at the moment is a dangerous game plan to play against," Border said.

"England, I think they're doing exceptionally well. They've brought a different game plan to the table which is going to be interesting to see how it pans out in the World Cup. They're a dangerous side because of it and you know as the bowling group you're under pressure. The way it looks to me, they might drop the odd game but they're going to win enough games to get through to the semi-finals and that's what it's all about," he added.

To round his top three, the 63-year-old Australian pointed out the way his compatriot Finch has rebuild the team in the past 12 months after David Warner and Steve Smith's ball-tampering scandal.

"Aaron Finch is doing a great job. He's got a good feel around the group, I think that's what he brings to his captaincy. Everyone knows their responsibilities and it's a good environment to play in. So that's a good start as a captain. He's done a very good job," Border said.

World Cup is scheduled to run from May 30 to July 14. In the curtain-raiser, England will play against South Africa at The Oval in London.