Starc entered the Lord's Cricket Ground with 15 wickets under his belt. 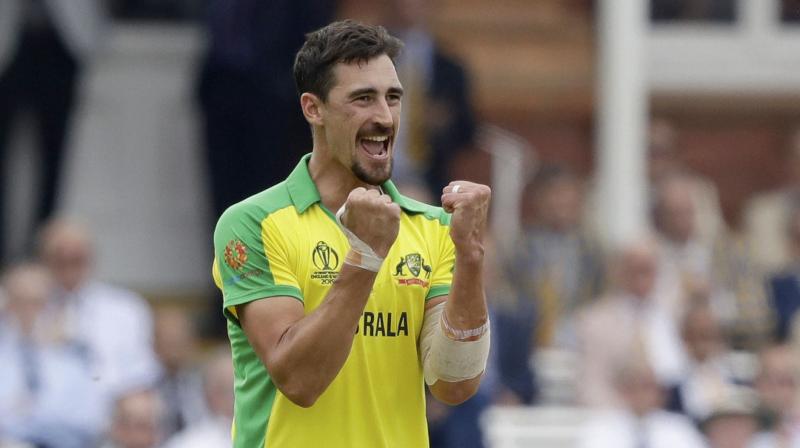 Starc entered the Lord's Cricket Ground with 15 wickets under his belt. The 29-year-old scalped four England wickets - Joe Root, Eoin Morgan, Ben Stokes and Adil Rashid - to take his tally to 19 wickets in the tournament so far.

Starc returned with the figures of 4-43 against England. The Australia fast bowler was the joint highest wicket-taker in the 2015 edition with New Zealand's Trent Boult. Both settled with 22 wickets.

Defending champions Australia have become the first team to enter the semi-finals of the World Cup after it defeated England by 64 runs.

The hosts of the tournament need to win their remaining two matches against India and New Zealand, respectively, to enter the knock-out stage. If England manage to win one match from their two fixtures, the fortunes of the team will depend on other results in the tournament.

Australia sit in the top position on the World Cup standings with 12 points from seven matches. Australia will next take on New Zealand on June 29 at the Lord's.