A five-wicket win in the third game of the five-match series on Sunday gave India an unassailable 3-0 lead over Steve Smith’s Australia. 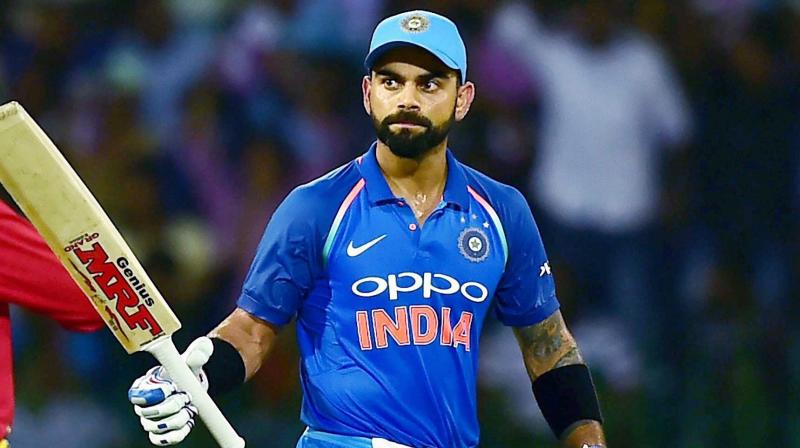 New Delhi: Captain Virat Kohli has called on his players to be “ruthless” after the crushing one-day series win over Australia took India top of the world one-day rankings to add to their number one Test status.

A five-wicket win in the third game of the five-match series on Sunday gave India an unassailable 3-0 lead over Steve Smith’s Australia. It also stretched India’s winning streak to a record 12 matches across all formats.

Kohli’s side have been on a roll for the past year since regaining the number one Test spot with a 3-0 home whitewash of New Zealand. The in-form captain has led from the front with 1,137 runs in 21 50-over matches this year, ahead South Africa’s Faf du Plessis as the highest one-day scorer in 2017.

Kohli praised his team after the latest win against the once mighty Australians, who have been outplayed in India. Smith’s team also lost a Test series 2-1 in India this year. “Credit to the whole squad for the series win, but the journey stops only after the final game,” said Kohli, the top ODI and T20 batsman in the International Cricket Council ratings.

“We may give opportunities for people from now, but all 15 guys know that we got to be ruthless once we step onto the field,” Kohli added.