Rohit Sharma begins trial run as opener in red-ball cricket in the warm-up game against Proteas. 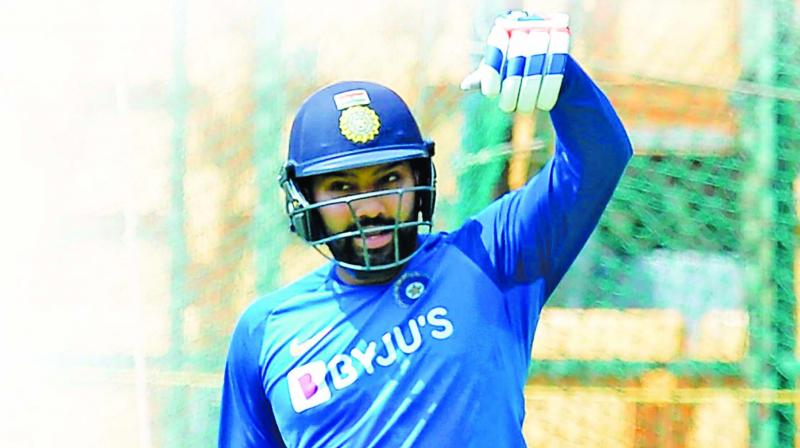 Vizianagaram: Rohit Sharma will begin a last ditch effort to save his stop-start Test career with a trial run in the unfamiliar opener’s slot when he leads the Board President’s XI in a three-day warm-up game against South Africa, starting here on Thursday.

With the national selection committee and the team management deciding to promote Rohit as an opener, keeping his spunky strokeplay in mind, the next five Tests could be a make or break for the 32-year-old stylish right-hander.

The third notable character in the game would be Umesh Yadav, who has been drafted into the Test side as an injured Jasprit Bumrah’s replacement. He will look to rattle the likes of Faf Du Plessis and Aiden Makram in order to make a statement. But the focus from Thursday will  be on Rohit.

One of the modern day greats in the white ball format, Rohit’s average of 39.62 in 27 Tests, including three hundreds, doesn’t do justice to his potential.

Ajinkya Rahane and Hanuma Vihari consolidated their middle-order slots with impressive performances in the West Indies and the only remaining option for Rohit was to bat at the top.