Pakistan will take on Sri Lanka in a three-match ODI series which kicks-off from September 27 in Karachi. 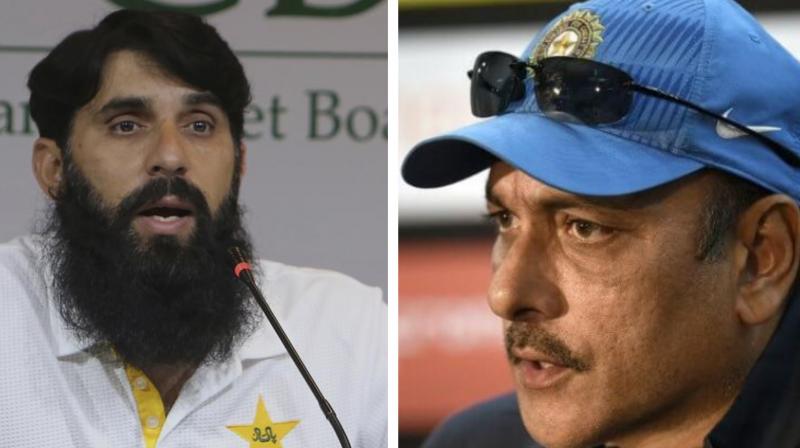 The first ODI between Pakistan and Sri Lanka will be played on September 27 in Karachi. (Photo: AP/AFP)

Pakistan head coach Misbah-ul-Haq was recently asked regarding his dual role of coach and chief selector. The 45-year-old also opened up about his salary for the first time.

“I’ve not performed any magic to get the jobs, I didn’t make any salary demands, I just asked them to pay me what they were paying the previous coach,” Misbah told reporters ahead of Pakistan’s home series against Sri Lanka on Friday.

Misbah-ul-Haq "I've not performed any magic to get the jobs, I didn't make any salary demands, I just asked them to pay me what they were paying the previous coach" #Cricket pic.twitter.com/9v3BV6JYaH

Neither Misbah nor the PCB disclosed the exact amount the former captain is drawing for his dual role. However, according to a report in Geo News, Misbah has signed a whopping Rs 2.8 million (monthly) deal with the PCB.

On the other hand, Ravi Shastri, who was reappointed as India's head coach in August had a 20 per cent increase than his previous contract as per reports. This would have taken his annual package to somewhere between Rs 9.5 crore and Rs 10 crore. In his previous contract, Shastri had been drawing about Rs 8 crore annually.

Misbah also reacted on the upcoming Sri Lanka series. He said that it will be up to all the cricket playing nations to take a step forward in the right direction. Pakistan will take on Sri Lanka in a three-match ODI series which kicks-off from September 27 in Karachi. Interestingly, Karachi hasn't hosted an ODI since January 2009.

“I think be it Pakistan, or any other country that has faced similar situation, we need to make sure cricket keeps going,” said Misbah.

“We need to do more, the world cricket needs to do more to make sure that we play series here on regular basis and cricket is not affected," he added.

“We understand that this wasn’t an easy decision... but it is encouraging sign to see Sri Lanka coming here for series.”

The first ODI between Pakistan and Sri Lanka will be played on September 27 in Karachi.