Firing blanks, are you, Sir Jadeja?

Supposedly Chennai's assets, Piyush Chawla and Ravindra Jadeja have not got going yet 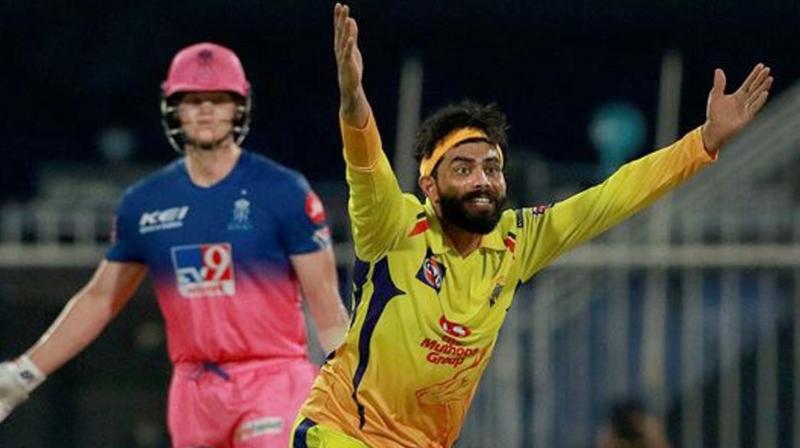 Dubai: Licking their wounds after losing to Delhi Capitals here on Friday, the Chennai Super Kings (CSK) brains trust are flummoxed that their much-vaunted spinners are firing blanks.

The team has dropped two successive matches after a winning start against champions Mumbai Indian in the IPL opener, and coach Stephen Fleming admitted that things haven't worked out as planned.

Mahendra Singh Dhoni's team went down to Delhi Capitals after managing just 131 for seven while chasing a target of 176. Spin bowlers Piyush Chawla and Ravindra Jadeja were unable to exploit the slow pitch.

"It's an area of concern because it is such a strength for CSK," Fleming told reporters in a virtual chat. "The style of play that we have developed over the last 12 years is heavily based on spin."

Dhoni was criticised earlier this week coming down the order in the side's unsuccessful chase against Delhi.

"We seek to be a little clearer of what we are doing and perhaps what we are missing is a bigger contribution at the top," said Fleming.

"We are trying to find combinations where we get the best players in at the right time. To keep shunting the order all over the pace is not our style."