The Hyderabad Cricket Association president is happy that skipper Virat Kohli is also on the same page with the BCCI president. 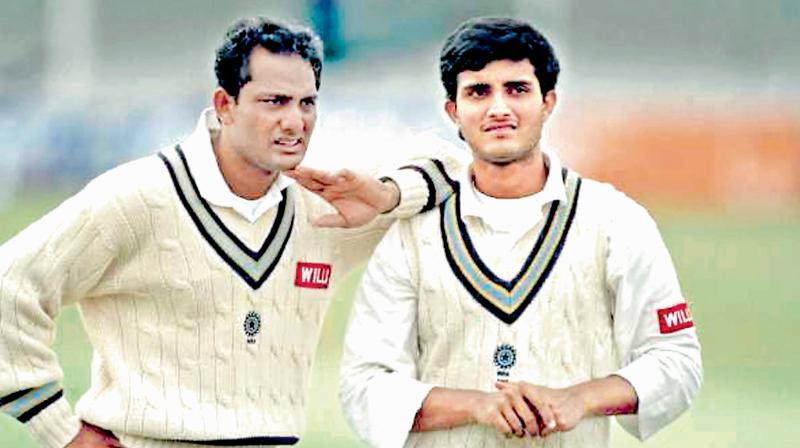 Mohammad Azharuddin, who was Sourav Ganguly's first international captain, is happy to see him grow in his role as an administrator. (Photo: DC File Photo)

The Hyderabad Cricket Association president is happy that skipper Virat Kohli is also on the same page with the BCCI president.

"It is good if the captain is agreeable like Dada. It is a good experiment. You will get to know if the public will like it or not. It should be implemented," Azharuddin said during the felicitation ceremony.

Azhar, who was Ganguly's first international captain, is happy to see him grow in his role as an administrator.

"I am very happy Ganguly has become the BCCI president. He's one of the finest persons and an outstanding human being. One of the best players we won so many tournaments. He played cricket on his terms and as BCCI president too I hope he will play that on his term also," he said.

Azhar, who made his Test debut at the Eden Gardens with a century and later had some memorable moments at this ground including captaincy saving hundred and Hero Cup victory, said that he is number two in terms of popularity.

"With the advent of Ganguly, I have become number two, because he is the local boy here. Then after that Laxman came," he said in a lighter vein standing on the dais with Ganguly and Laxman by his side.

Azhar fondly recollected his starting days and thanked former Bengal captain and newly formed Indian Cricketers' Association president Ashok Malhotra for pushing his case during an Irani Cup game, which used to be a trial for national team selection.

"When I was first selected for Irani Trophy. I was not going to play that match, but he (Malhotra) told Kapil Paaji that you have to play this boy. I cannot forget that.

"I got 50 runs in that match and got the recognition. It's nice to see him here after a long time," Azharuddin said on the sidelines of Sourav Ganguly's felicitation after he became the BCCI president.

Malhotra, who has been elected as ICA president unanimously, was also part of the felicitation ceremony.

"Whenever I come to Eden Gardens, I have no words to say. People really love me here. When I first played for India, I thought people loved me more in Bengal," Azhar said.

"I thank the people of Bengal from the bottom of my heart. They have rallied around me during the good and bad times. I thought I gave a little bit of joy. I got more from people of Bengal."