Sports   Cricket  26 Nov 2017  India will be under pressure in SA
Sports, Cricket

India will be under pressure in SA

Kohli had already spoken about player fatigue before the limited overs series’s against New Zealand some weeks back. 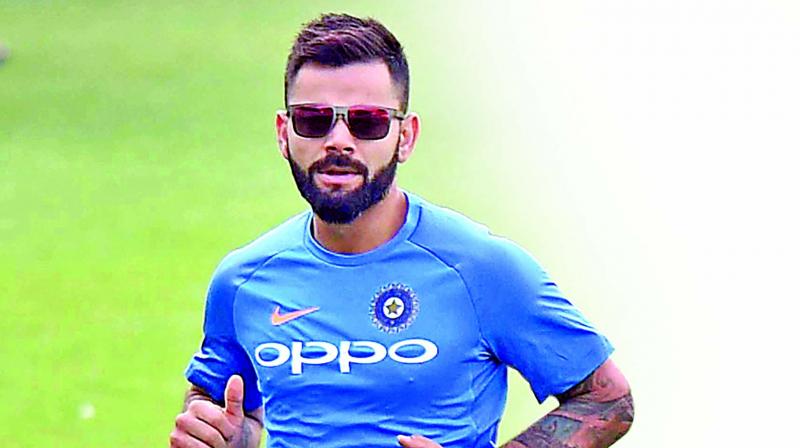 On the eve of the second Test against Sri Lanka, Virat Kohli raised a red flag about this home season again. This was widely misconstrued in my opinion. His contention was not so much the amount of cricket being thrust on the players, rather how the assignments have flowed.

Kohli had already spoken about player fatigue before the limited overs series’s against New Zealand some weeks back. There was hardly any need to reiterate this. It is the preparation — or lack of it — for the Test series against South Africa that was his bigger concern.

Conditions in South Africa will be vastly different from those obtained at home. As the itinerary goes, the Indian team fly out just two days after the Sri Lankans leave (on December 24) and have very little time to acclimatise for the new assignment.

A two-day warm-up match (December 30-31) is the only opportunity for practice before the first Test on January 5. True, modern cricket doesn’t provide for many first class matches before and during a Test series (the Ashes are an exception), but even so, this is meagre.

Dale Steyn is timing his return to Test cricket with this series, and should join Kagiso Rabada and Morne Morkel, both in excellent form. What this means is that the Indian team will be under enormous pressure against a sharp South African pace attack straight up.

India’s batsmen will be thrust into the contest without getting a good feel of the conditions and the pitches, both crucial in cricket and particularly for the longest format. And if they struggle, will have to cop criticism again about inability to play overseas.

This was the crux of the argument being made by Kohli when asking for seam and pace friendly pitches in the second and third Tests against Sri Lanka. At least this would give his top order batsmen some scope to tune up for the stiffer challenge ahead.

This is bold thinking. In the past, Indian teams and captains would have been content in just winning home matches playing to their strengths Obviously winning all matches is still the priority, but there is also some advance planning being done even if it comes at some risk.

That the Nagpur pitch has actually rolled out into a batting beauty — and Sri Lanka’s bowling just does not carry real threat anyway — does not take away from Kohli’s argument that the situation could have been made more conducive for India’s tour of South Africa.

A simplistic solution would have been to play the Tests against Sri Lanka after — not before — the limited overs matches. The team then would at least be in the rhythm for five-day cricket rather than switching between T20s and Tests within 10 days.

Other solutions were complex. Since international fixtures are decided well in advance, you can’t have a team you want to play against on call at the 11th hour. And not playing the current series would have repercussions for the respective boards, sponsors, broadcasters et al.

But Kohli’s red flag has highlighted how assignments can be better planned to augment, rather than limit, the performances of individuals, the team and the stature of Indian cricket.

Currently ranked no.1 in Tests by the ICC, India face multiple threats to this status in 2018 as they tour South Africa first, England in mid-year and Australia at year-end.

As mentioned earlier in these columns, previous tours to these countries had ended in defeats so there is revenge and redemption at stake for Kohli and Co.

More pertinently, India have never won a Test series in either South Africa or Australia. A victory this time in either country would be a quantum leap ahead: and if the team win both, they will go down in history as the best-ever from India.

I think Kohli is conscious of this, which is why he has been vocal about the travails of the team and how the situation could be improved in the future. He makes a lot of sense and should be heeded.